A decade ago, the highly prized “king of fish”, the bluefin tuna, was taken off menus in high-end restaurants and shunned by top chefs, amid warnings by environmentalists that it was being driven to extinction. Recent assessments of eastern Atlantic bluefin tuna, which can grow to the size of a small car and live for up to 40 years, have shown much healthier populations.

But now conservationists and scientists are warning that the largest and most valuable tuna species could once again be under threat if a Japanese bluefin fishery in the eastern Atlantic Ocean is awarded an internationally recognised “ecolabel” they claim is based on flawed science.

On Monday 1 June, an independent judge will hear evidence from the World Wide Fund for Nature (WWF) and the Pew Charitable Trusts, the Japanese fishery and assessors for the Marine Stewardship Council (MSC), to help determine whether the assessors were right to recommend the fishery receives its label. If approved, the Japanese company Usufuku Honten can sell the first ever MSC-certified bluefin tuna to consumers, marking it as a well-managed sustainable fishery.

WWF and Pew will argue strongly against the award, saying it is too early to declare that the bluefin tuna stock is fully recovered. They have identified a “number of shortfalls” in the assessment process and say there has been a lack of impartiality.

Usufuku Honten is a small company with just one vessel in the Atlantic but with demand increasing for sustainable tuna in Japan, where 80% of bluefin tuna is consumed, it could open the floodgates, WWF says. A French fishery has also applied to be MSC certified.

If the judge finds in the conservationists favour, it could deal a blow to MSC’s reputation as the world’s leading sustainable seafood label. MSC says that 15% of the world’s fisheries are now certified under its scheme. 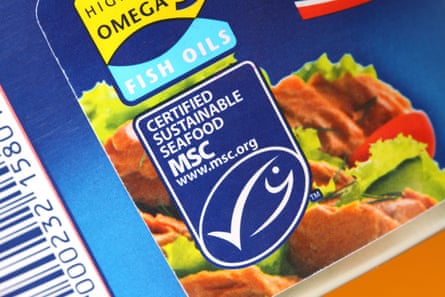 Giuseppe Di Carlo, director of the WWF Mediterranean marine initiative, believes it would be “market fraud” if the fishery was certified. “It is the first bluefin tuna fishery, so every fishery afterwards will be benchmarked by the same standards.

“For the Japanese market, which is so hungry for bluefin tuna, MSC certification is the cherry on the cake.”

A single bluefin can fetch hundreds of thousands of pounds at auction in Japan.

WWF’s objections are based around standards used by the label’s assessors, independent of the MSC, to gauge the health of the bluefin population and their assessment of how the International Commission for the Conservation of Atlantic Tuna (ICCAT), the fisheries oversight body, currently manages the catch.

To be certified by MSC, a process that takes 18 months, a fishery is first assessed by independent “conformity assessment bodies” (CABs). They visit the fishery, consult with experts and consider all available data to decide whether it meets MSC criteria. There are currently 11 CABs, one of which is UK-based Control Union Pesca (CUP). Last year, in its preliminary report, CUP decided Usufuku Honten met the criteria for MSC certification.

Di Carlo claimed there was a “lack of impartiality” in this process as well as what he believes is flawed science: “The MSC claims to be very rigorous in its scientific approach but here we have a case where the MSC’s assessors used a number of values far below the scientific average. We know it is not a sustainable fishery but the MSC assessors are coming up with values that ensures it passes. To me, that’s not telling the truth about sustainability.”

An audit of the process, carried out by a third party auditor, Assurance Services International, found CUP had assured Usufuku in 2018 that it would be the first bluefin tuna fishery to be certified, after the company had expressed concern over the French fishery also seeking approval. In its report, the auditor described this as one of six “minor nonconformity” issues, under standards around impartiality. MSC said CUP has since taken action to address the issues flagged by ASI.

WWF, which co-created the now independent MSC scheme two decades ago, has objected to 17 of its certifications in total, mostly unsuccessfully, and has called on the body to reform.

“We think the MSC is an excellent tool,” Di Carlo said “We have already said clearly we haven’t seen enough reform in the MSC system to be satisfied that they are meeting sustainability criteria. I would not trust all of the fisheries to be sustainable.”

Grantly Galland, an officer at the Pew Charitable Trusts, said that after years of overfishing it was premature to “declare victory” for bluefin tuna.

“The most recent stock assessment for the eastern Atlantic and Mediterranean was riddled with uncertainties,” Galland said. “The scientists were unable to confirm whether the stock has recovered.

“We are objecting because we think the certifying body got it wrong. They concluded ICCAT’s management was a bit more robust than it was in reality.”

In a letter posted on the MSC website, Sotaro Usui, CEO of Usufuku Honten, described WWF’s objection as “disappointing and unfair” and accused it of taking advantage of the review to criticise MSC and ICCAT.

In 2017, ICCAT scientists who estimate the health of the migratory bluefin tuna population were unable to say with certainty that the stock had recovered, and recommended “caution” in setting quotas.

Shana Miller, a senior officer in international fisheries conservation for the Ocean Foundation, said: “There’s no dispute that the population is better off than it was 10 years ago. But are we at the point where the population has recovered? We don’t know. ICCAT scientists don’t know. And if they don’t know, how can the MSC know they have recovered?”

Steven Adolf, researcher and author of Tuna Wars, said: “The MSC is still the best certification standard we have, but there is room for improvement. And I think the MSC are aware of that. ICCAT does not have a very robust management and Pew, WWF and MSC have a common interest to improve that.”

Dr Rohan Currey, the chief science and standards officer at MSC, said an assessment includes “many layers of scrutiny, and input from a wide range of stakeholders”.

“It ensures the independent assessor takes all available information into account when deciding if a fishery is or is not sustainable.

“This bluefin fishery – Usufuku Honten – asked to be assessed in 2018 and that process is still under way. As part of this, WWF and the Pew Trusts will shortly have the opportunity to present unresolved objections to an independent legal expert, who will then decide a way forward.”

“We cannot prejudge the outcome of this assessment – but fisheries only get certified if they can demonstrate, through evidence, that they meet the MSC’s robust standard. Clearly, this is vital for a stock such as the eastern Atlantic blue which has suffered historic overexploitation.”

A spokesperson for Control Union Pesca, now Control Union, told the Guardian it would not be appropriate to comment, as some of the points raised by WWF and Pew are under consideration by an adjudicator.

- February 18, 2021 0
All mink farms are at risk of becoming infected with Covid-19 and spreading the virus, and staff and animals should be regularly tested, EU...

‘We don’t have any choice’: the young climate activists naming and shaming US politicians

- October 16, 2020 0
As the election nears, young Americans are calling on US politicians to take action on climate, police brutality and immigrationIt was a Saturday night...

The Guardian view on Biden and the world: undoing Trump’s damage | Editorial

- November 15, 2020 0
The president-elect will on the whole seek a return to the status quo ante – a relief to US alliesDonald Trump is a “symptom...
© Copyright www.thepoliticalplaybooks.com