The agriculture bill, now going through parliament, could influence whether we use gene editing on our farms. At present, this country is out of line with the USA, Argentina, Brazil, Australia and Japan in that our regulatory framework prevents gene editing in crops and farm animals. A proposed amendment to the bill will not lead to unregulated use of gene editing but, if passed, it would give the secretary of state at the Department for Environment, Food and Rural Affairs (Defra) the power to consult widely and make appropriate changes to the regulatory process. 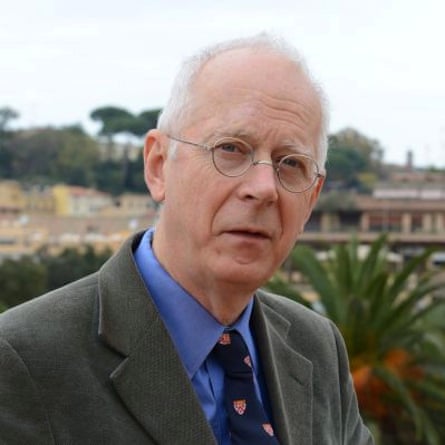 Is it important that we edit the genes of our crops? This answer is a definite “yes”. Agriculture faces huge challenges due to Covid-19, climate change and, for the UK, post-Brexit. Farmers have delivered admirably until now – there are more well-fed people on the planet than at any time in history – but, to help them meet the future challenges, they will need all of the help that science can offer. Gene editing is one powerful part of that help.

An illustration of what we can do with gene editing is with ground cherry (Physalis pruinosa). Its small fruit taste like a cherry tomato injected with mango and pineapple and it could be one of our regular “five a day” because US scientists have developed a productive gene-edited variety. This pioneering example is with an unusual plant but it is important because it shows how gene editing can accelerate the improvement of other orphan crops like cassava, millet, cowpea and yams. These plants are staple food in many parts of the world but, unlike maize, rice, wheat and soybean, they have not benefited from years of intensive breeding.

Beyond these orphan crops there is also huge scope for editing genes in the plants that provide most of the global food. There are already laboratory examples of enhanced stress tolerance, disease resistance or improved nutritional quality. Early benefits for UK agriculture could include gluten-free wheat, disease-resistant sugar beet and potatoes that are even healthier than those that we have now. Gene editing could also help drive innovation in farming systems. Tomato, for example, has already been adapted for urban agriculture by gene editing.

Is gene editing more or less safe than conventional plant breeding? The answer, unusually for a scientific question, is clear and unequivocal: gene editing is at least as safe as plant breeding. The genetic changes used by plant breeders are mutations that arise spontaneously and randomly in crop plants. Normally, the breeder will select for a handful of beneficial changes in a background of thousands of other mutations that are either neutral or negative. In gene editing the genetic changes are the same as those used by breeders but they are targeted precisely and there is only a small or non-existent background. It is important to emphasise that the proposed amendment would not affect the regulation of genetically modified (GM) crops in which entire genes or even groups of genes are transferred between species.

Gene editing will eventually have a role in healthcare but, as pointed out by gene-editing pioneer , most people will first experience its benefits through crops and agriculture. For the government to adopt a gene-editing amendment to the agriculture bill would be a big step in the right direction. It would send an important message that our agriculture is ready to meet its many challenges using new technology.

Is the boom in communal living really the good life?

From dolphins to rewilding: 11 environment-aware holidays for 2021

Studies add to alarm over deforestation in Brazil under Bolsonaro

- May 28, 2020 0
Two studies have raised further alarm about deforestation in Brazil during the first year of the far-right president Jair Bolsonaro's government. One study showed the...

- September 27, 2020 0
World leaders have pledged to clamp down on pollution, embrace sustainable economic systems and eliminate the dumping of plastic waste in oceans by the...

- May 23, 2020 0
Tamara and Steve Davey cannot help but grin at the suggestion they are "miniature rewilders". Standing proudly in the weak sunlight on the fringes...

Power, majesty, wonder: the startling world of sharks – in pictures

- May 30, 2020 0
Scientists and artists have used the drop in noise pollution during the coronavirus lockdown to create the first global public sound map of the...
© Copyright www.thepoliticalplaybooks.com