The mood was joyous among a group of Indigenous fishermen as they hurled lobster traps into the choppy waters of the Atlantic. Moments earlier, they had left a small harbour in eastern Canada, with nearly 200 supporters cheering them on.

“It was a very exciting and rewarding day for our community and our people,” Sipekne’katik First Nation chief Michael Sack says. “These were the first licences that we had been issued, and our people were pretty excited to be able to get fishing.”

Since they first set the lobster traps last Thursday, however, that joy has turned to fear and frustration. Indigenous fishermen say they’ve become the target of vandalism and harassment by commercial fishing crews in the area. On Friday, video footage circulated of the Sipekne’katik fishermen having flares shot at them from boats, prompting local chiefs to declare a state of emergency. Days later, a flotilla of nearly 100 boats moved into the bay to haul up the Sipekne’katik lobster traps.

At issue in Nova Scotia is the right and ability of Indigenous peoples to harvest lobster in their traditional territory and issue their own permits – something commercial fishermen say contravenes current rules.

For generations, Indigenous peoples across the country have clashed with the federal government over their right to harvest the land and waters of their ancestors. 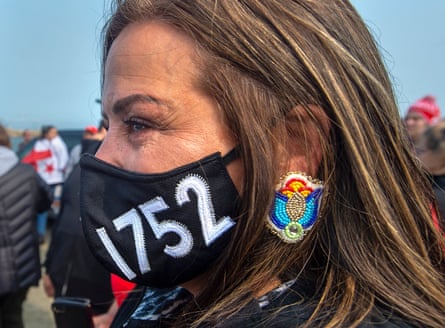 The Sipekne’katik First Nation say their choice to issue their own lobster permits to community members is an expression of treaty rights and point to a landmark supreme court decision from nearly 20 years ago.

After activist Donald Marshall Jr was barred from harvesting eel without permits, the country’s highest court affirmed an Indigenous right to fish their lands in the pursuit of a “moderate livelihood”.

In a nod to that decision, when the Sipekne’katik First Nation gave out its lobster permits, the first member to receive a licence was Randy Sack, Marshall’s son.

“It couldn’t have aligned any better. It was just the perfect scenario, and I’m sure Donald Marshall would be very happy and proud that his son was carrying on his legacy,” says Sack.

But the court’s decision also came with a subsequent caveat: the federal government has the authority to regulate fisheries in the public interest and for conservation, which has caused confusion and frustration over the years. In the years since, the government has also failed to clearly define “moderate livelihood”, and how it would apply to Indigenous peoples.

A group representing local fishermen told CBC News they were protesting against “an ecological disaster and an onslaught of illegal fishing”, saying they were removing traps from an out-of-season fishery because the federal government has refused to do so.

Legal expert Signa Daum Shanks says framing the fishing as “illegal” is a willful misreading of the obligations both sides have under longstanding treaties.

Sack also takes issue with the idea that Indigenous fishermen will over-harvest, pointing out that the Sipekne’katik have their own compliance officers to ensure rules are followed.

If commercial groups are so concerned about conservation, maybe they should limit the number of traps they’re setting

“Conservation is one of our biggest worries,” he says, adding that commercial fishermen harvest a far larger share of lobster in the region. “If the commercial groups are so concerned about conservation, maybe they should limit the number of traps they’re setting.”

The federal government has granted 979 commercial inshore lobster licences in the area. Sack said his nation had issued seven.

Both the federal government and police have been watching the situation over the past few days, wary of the growing tensions between the two groups. 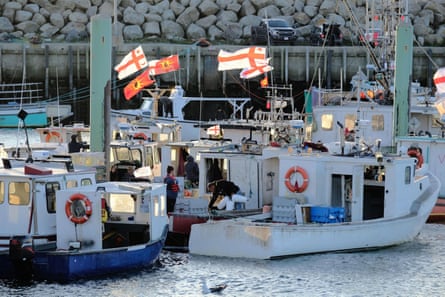 On Monday, Nova Scotia Mi’kmaq chiefs met the fisheries minister, Bernadette Jordan, and the Indigenous relations minister, Carolyn Bennett. “Implementing the Marshall decision is critical to the work of reconciliation and it is a priority of our government,” Jordan said in a statement last week, but warned that anyone harvesting lobster outside the commercial season could face fines.

While Sack is hopeful an agreement with the government will be reached, he’s disappointed that the act of laying traps has kicked off a bitter feud.

In the early days of Covid-19, we stopped consuming and rather loved it. But it didn’t stick | Sarah Wilson

Boris Johnson says newts are a drag on the UK’s economy. Here’s why he’s...

- July 10, 2020 0
Lingering in the shallows of a south Norfolk pond, voracious amphibians are resting ahead of a night gorging on slugs, worms and insects. The...

- September 25, 2020 0
School pupils, youth activists and communities around the world have turned out for a day of climate strikes, intended to underscore the urgency of...

- January 5, 2021 0
Ministers are facing calls to make the business secretary, Alok Sharma, the full-time president of the Cop26 UN climate talks to be hosted in...

- April 8, 2020 0
An outbreak of African swine fever (ASF) was confirmed on Monday on a farm near the village of Wieckowice near Poznan in western Poland,...

Air pollution may be ‘key contributor’ to Covid-19 deaths – study

- April 20, 2020 0
High levels of air pollution may be "one of the most important contributors" to deaths from Covid-19, according to research. The analysis shows that of...
© Copyright www.thepoliticalplaybooks.com