Their last book of poems about everyday wildlife became an international cultural phenomenon. Now Robert Macfarlane and Jackie Morris, the creators of The Lost Words, have produced a new book conjuring up the magic of British wildlife in a time of ecological crisis.

The Lost Spells, which celebrates barn owls, swifts, gorse and foxes through poems and artwork, is already being adapted for music and film projects and live performances, including a concert to be livestreamed from the Natural History Museum early next year.

One of the most eagerly anticipated books of a bumper publishing season, The Lost Spells looks set to emulate the success of The Lost Words, which was the bestselling poetry book of 2018, sold 500,000 copies worldwide and was adapted into everything from classical music to puppet theatre, murals on hospital walls, and jigsaws and boardgames. 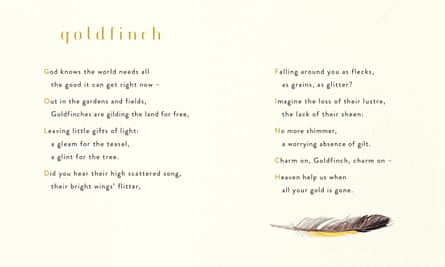 Crowd-funded campaigns resulted in the book being bought and donated to more than three-quarters of primary schools in England, Wales and Scotland and to every hospice in the country.

Morris, an illustrator who has sold more than 1m books worldwide, said: “I hope The Lost Spells will be something people can carry with them in these difficult times, as a place for the mind to rest. I hope it will help children to re-enchant their parents with the wild wonder and beauty of the world around them.” 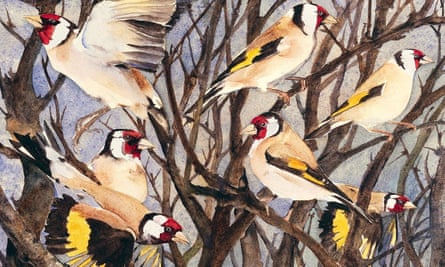 Teachers were inspired to draw up free teaching resources for The Lost Words and Morris said one of her favourite stories came from a school where children in an “eco club” used to hide their badges, but since reading the book had worn them with pride. “I guess it gave them courage to believe and to love the wild,” said Morris.

Amy-Jane Beer, a writer and naturalist who led a successful campaign to get The Lost Words into more than 600 schools in north and east Yorkshire, said the book conveyed the “profound wild magic” of the natural world to children and adults. 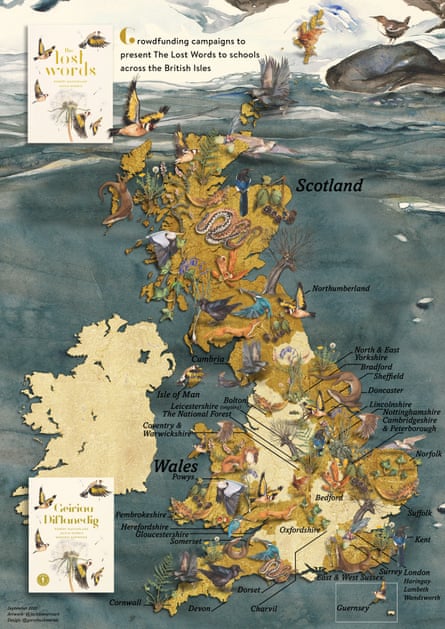 “Nature is so big and spectacular and deeply magical and The Lost Words delivered that to children in a way that’s not magic dust and wands,” she said. “So much educational material for children is a bit boring or dumbed-down and this just gave them permission for their imaginations to run wild.”

The independent bookseller Henry Layte of The Book Hive, who donated copies of The Lost Words to Norfolk primary schools, said the poetry and painting in The Lost Spells was even more powerful. 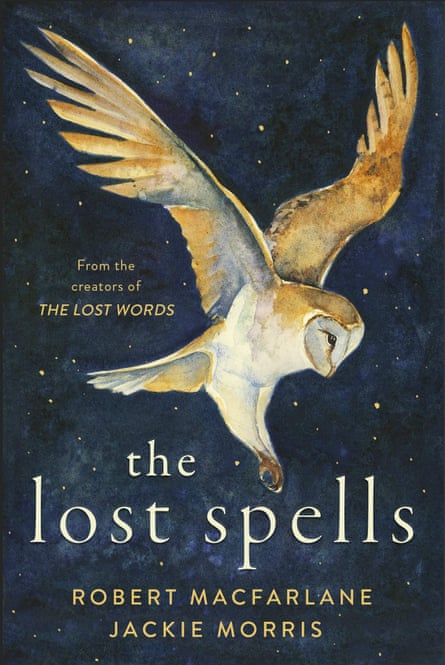 “The spells are even better and I love the fact that it says explicitly ‘this is a book of spells to be spoken aloud’. Everything about it is absolutely beautiful and we will be getting behind it in a big way,” he said.

The Lost Words led to the formation of a folk and world music “supergroup” that included the musicians Karine Polwart, Julie Fowlis, Seckou Keita and Kris Drever, who wrote and performed live a critically acclaimed Spell Songs album that reached No 2 in the iTunes chart.

The group have announced they will turn The Lost Spells into another album and they hope to tour the new music next year.

Asked whether there was an environmental message in The Lost Spells, Morris said: “It’s a celebration of the nearby wild. If there is a message there, it is simply wonder and awe at the beautiful complexity of the non-human. And respect, for the wisdom of trees, the shape of a bird, the wild of the fox.”

Unlike The Lost Words, which started a trend for the oversized book format, The Lost Spells is pocket-sized. Dara McAnulty, the author of Diary of a Young Naturalist, described it as “an amulet” that “can be carried like a talisman, out into the world where it is very much needed”. 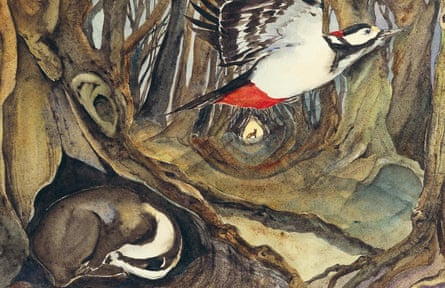 Robert Macfarlane, who began The Lost Spells when he jotted down some lines about goldfinches while watching over his dying grandmother, said he hoped that it would inspire wonder, hope, action and change. “And that it might run wild in ways we cannot yet imagine, becoming songs, plays, protests, films and more. And that it might touch readers’ hearts a little in this hard autumn.”

Gold distances itself from $2,000 target after blockbuster U.S. jobs report

‘We’re watching them die’: can right whales pull back from the brink?

- April 17, 2020 0
"You can't work on North Atlantic right whales and be a pessimist," Clay George tells me. He's a senior wildlife biologist and right whale...

The UK government was ready for this pandemic. Until it sabotaged its own system...

- November 6, 2021 0
The age of extinctionEnvironmentMadagascar paying price for cheap European flights, says climate minister Politician says droughts and climate-induced famine in the country are a...

I thank my lucky stars for the rosellas that led to my career in...

- October 6, 2021 0
Australian bird of the year (2021)I thank my lucky stars for the rosellas that led to my career in ornithologyA flash of colour that...
© Copyright www.thepoliticalplaybooks.com