There’s a spring-fed sliver of alder carr shaped like a thought bubble near the source of the River Purwell. Before the pandemic, I volunteered at this nature reserve with the local wildlife trust, and I’m often drawn back to this swampy woodland in search of solace and inspiration. Alongside the holloway that skirts the carr’s eastern edge, I learned to lay a hedge, or “plash” it, to use an old Hertfordshire term. On a raised bank unceremoniously named The Dump, I’ve coppiced elder and hazel to allow light to reach the understorey and, when life is too loud and angular, I sit with the mosses, or settle in the sedges on the riverbank and watch the little egrets fly by, trailing their washing-up-glove feet behind them.

As I dip into the wood on this hazy autumn morning, the lopsided basketry of the laid hedge looks familiar and welcoming. After several grim housebound weeks recovering from Lyme disease, the act of walking into the carr feels like an exhalation, a gentle homecoming. In front of me, as if anticipating my return, the wood’s last surviving black poplar has lowered a drawbridge – a vast plank of riven bark, taller than a woman, now lying across the path. The top half has fractured, sending corky chunks drifting off into a sea of dog’s mercury and hedge woundwort like a disintegrating life raft. This poplar’s days are numbered; already the wood is reclaiming its bare trunk in alder, elder and bittersweet spirals. 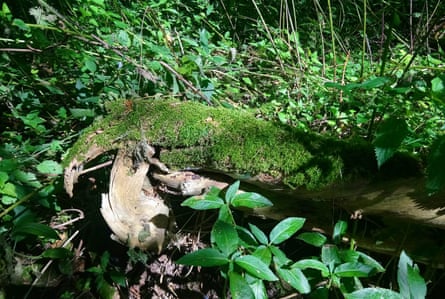 Mired in glassy black pools at the heart of the carr, titanic common alders rise 20 metres above the water. I walk across the spongy woodland floor, picking my way warily through the marshy areas, leaving a fenny trail in my wake as each footprint fills behind me. In the waterlogged soil, alder roots are engaged in symbiotic relationships with mycorrhizal fungi and the nitrogen-fixing bacterium Frankia alni in a mutually beneficial exchange of nutrients. I rest my head against the nearest alder trunk, feel the rasp of lichen on my cheek. I stand rooted here for a long time, transfixed by the fecundity of life beneath my feet and its invisible impact on the superficial layer – the tip of the iceberg – that we call wood.

- September 15, 2020 0
Facebook and Google are becoming carbon neutral businesses, joining competitors Apple and Microsoft in committing to put no excess carbon into the atmosphere, both...

- December 17, 2020 0
The willow tit has become Britain's fastest declining resident bird, and one of half a dozen imperilled woodland species, according to the definitive survey...

More than 14m tonnes of plastic believed to be at the bottom of the...

- October 5, 2020 0
At least 14m tonnes of plastic pieces less than 5mm wide are likely sitting at the bottom of the world's oceans, according to an...

- October 13, 2020 0
Thirty of the world's largest asset owners, with portfolios worth a combined $5tn (GBP3.8tn), have committed to cutting the carbon emissions linked to companies...

- December 7, 2020 0
Victoria's publicly owned forestry agency has been allowed to restart logging in bushfire-ravaged east Gippsland despite a warning from a regulator there was a...
© Copyright www.thepoliticalplaybooks.com