“At least we know it is alive,” says a fisherman, walking back down the pier to the muddy beach at Los Urrutias, in the south-east Spanish province of Murcia, where he’s been fishing all day. He doesn’t mean his catch, but rather the water in the Mar Menor, one of the largest seawater lagoons in Europe.

Los Urrutias may look idyllic, with flamingos, great cormorants and grey herons flocking to the waters around the volcanic islands off the coast, separated from the Mediterranean by a 22km (13-mile) stretch of sand.

But the wind tells a different story. It has a putrid smell that reveals what the Murcia government has described as a “grave ecological unbalance”, and what activists are calling “ecocide”: a crime against an ecosystem and the species – including humans – that live within it. 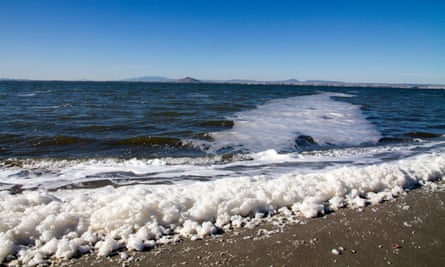 In 2016, an extreme eutrophication – a massive growth of algae caused by a discharge of nutrients, mainly from agriculture – turned the water here green and killed 85% of the seagrass. Thousands of fish were beached on the shore, unable to breathe because of a lack of oxygen resulting from the degradation of excessive algae and changes to salinity.

Now local people are furious. Experts point the finger at the agriculture industry – exporting mostly vegetables to European countries such as the UK, Germany and France – as the main polluter. The problem is nitrates from the intensive irrigation of crops, as well as poor sewage systems in towns surrounding the lagoon, which have grown dramatically since the 1960s, and discharge from mining activities. More than two decades of lax regulations have not helped. 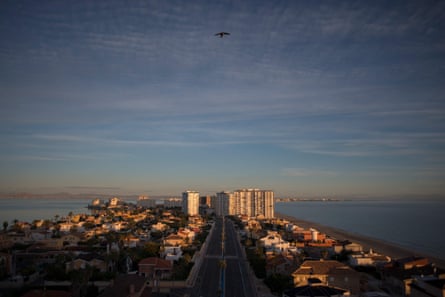 “With our model of development we broke the ecological balance,” says Teresa Vicente Gimenez, 58, a professor of philosophy of law at Murcia University, who has put her weight behind a new idea – to grant legal rights to the Mar Menor by recognising it as a legal “person”.

“They would say in our legal system there is no space [for protecting the rights of an ecosystem]”, she says. “So we have created a new model of justice.”

The ambitious proposal recognises the right of the lagoon to “exist as an ecosystem” and to be protected and preserved by the government and residents. If the proposal is approved, the lagoon would be represented by three groups: legal guardians, a monitoring committee of “protectors”, and a scientific advisory board. Moreover, any citizen or legal entity would be able to file a lawsuit on behalf of the Mar Menor.

This model is not entirely new: countries including New Zealand, Ecuador and India are home to bodies of water or ecosystems that have been granted legal privileges. In Colombia in 2016 the constitutional court recognised the Atrato River as a legal entity. The ministry of environment and sustainable development became its legal guardian and a commission of “protectors” was established to look after the river. 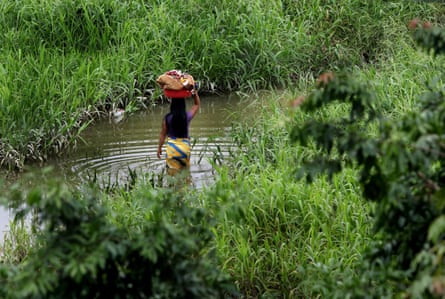 Perhaps the case most similar to the Mar Menor is that of Lake Erie, one of the Great Lakes that straddles the US-Canada border. Like the Mar Menor, Lake Erie was polluted by fertilisers from agriculture. In 2019, after a referendum of the citizens of Toledo, Ohio, the lake was granted the status of a legal entity.

For a few hours at least, citizens could file lawsuits on behalf of the lake without depending on state government or regulatory agencies – but the breakthrough was short-lived. An agribusiness company sued the city the following day, freezing the “legal person” law. Last February, a federal judge declared it unconstitutional. 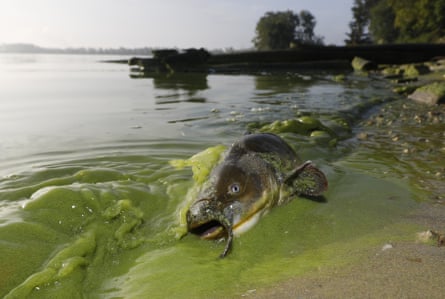 Nevertheless, Vicente Gimenez was inspired to follow the same path after returning from Reading University in 2018, where she had been studying attempts in other countries to grant rights to nature. Her students proposed their own study about the legal rights of the Mar Menor. “Then they said, ‘Professor, why don’t we publish this in a newspaper so the people know this is possible?'” 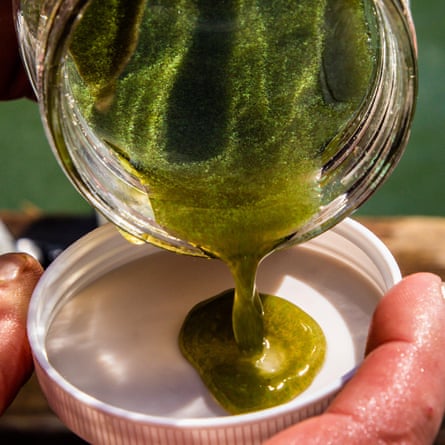 The idea was picked up by local newspaper La Opinion de Murcia, in which Vicente Gimenez wrote a piece arguing that the most feasible way to give rights to the lagoon was by a “popular legislative initiative”, which allows citizens to propose a law.

Backed by NGOs that campaign for the preservation of the Mar Menor, Vicente Gimenez presented the initiative in the Spanish parliament in July. Now Vicente Gimenez and other activists from diverse professional backgrounds are preparing for the near impossible. They have nine months to gather half a million signatures in order for the initiative to be voted on in parliament.

“I hope they can help us with the Mar Menor, and we can recover all of it, not only the lagoon,” says Nicolas Lozano Sanchez, 34, who owns a restaurant in the town of Los Alcazares, now home to hundreds of fluttering black flags with the emblem of the seahorse – the creature for which the Mar Menor is well known. “The lagoon is our economy.” 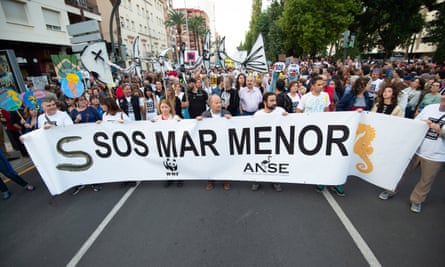 Los Alcazares has seen some of the biggest algae blooms. This year the water is clearer, but the underlying problems still exist. Over the summer chemical engineer Laura Gomez went out with a diving team to test whether the water was safe for residents. Based on her results, the town hall has banned swimming in some areas. 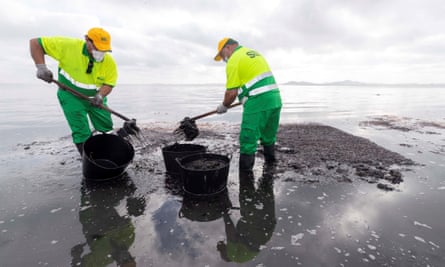 “[The pollution] is worsening because no measures have been taken,” Gomez says. “We are all responsible for this, all of society, the intensive agriculture, the exploitation for tourism, and everyone who throws rubbish into the lagoon.”

But she is sceptical about the plan to grant rights to Mar Menor. “Paper alone is cheap,” she says. “We need action more than words, like controlling where the waste goes from the rain or the treatment plants. All that rainwater [is] dragging nitrates from the crops.” 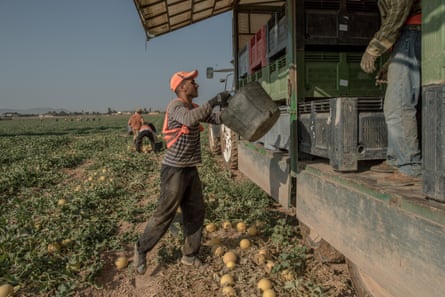 Vicente Gimenez knows there are difficulties ahead.

Los Alcazares council, which has otherwise supported the people’s initiative, has also produced a report from its own legal expert declaring that giving the lagoon independent governance might be unconstitutional, or overlap with previous environmental legislation designed to protect it.

Nevertheless, Vicente Gimenez is undeterred. “We can tell our children we fought until the end,” she says. “If we succeed, we go to parliament, we discuss it there. If they don’t approve it – we have reached that far. Future generations will start from there.”

- February 17, 2021 0
Local action alone can’t fix the Tories’ broken planning system. We need a national fightbackIt would be easy to imagine the English countryside is...

The Guardian view on Boris Johnson’s Cop26: ask if GDP growth is sustainable |...

- October 11, 2020 0
Saving the planet ought to be a goal for, not a cost to, humanity. Yet this insight appears lost in the discussion about the...

- October 10, 2020 0
Pork and poultry with "unacceptable" levels of salmonella and E coli are reaching supermarket shelves in the US, according to the preliminary findings...

- December 9, 2020 0
Analysis shows invertebrates are overlooked in favour of mammals and birds despite vital role in healthy ecosystemsMoney made available for wildlife conservation by the...
© Copyright www.thepoliticalplaybooks.com