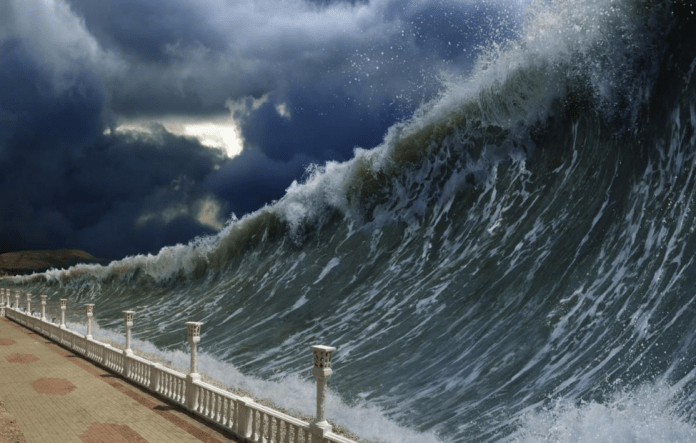 One of the things people will look back on in regard to the COVID-19 pandemic is how we managed to plunge even further in the inconceivable entity known as financial debt.

Just take at the statistics from the Institute of International Finance (IIF), according to The Financial Times:

“The total level of global indebtedness has increased by $15 trillion this year, leaving it on track to exceed $277 trillion in 2020, said the IIF, which represents financial institutions. It expects total debt to reach 365% of global gross domestic product by the end of the year, surging from 320% at the end of 2019.

Luis Oganes, head of emerging market research at JPMorgan, said emerging economies ran the risk of rising inflation if they sought to monetize debt by buying their own bonds, as some have done this year, or of deflation if they allowed debts to rise too far.”

Unfortunately, there are a lot of implications behind this staggering trend. We can’t keep borrowing ourselves out of bad financial situations. And if this rate of debt increase keeps us, many developing and developed countries will find themselves “self-bailing” to the point where they have to revive dead economies with artificial injections of cash.

And even then, that cannot last forever. We have to eventually defeat this pandemic and get to the point where we aren’t reliant on central banks to stop us from sliding into the worst depression we have ever witness in our lives.

Furthermore, think about what will happen to bonds. From the BBC:

“This is because if the US government could not repay the money it owed bondholders, the value of the bonds would decrease. And the yield — the return the government pays to an investor — would rise. This is because it would be perceived as a less safe investment.

This would prompt interest rates around the world, which are often tied to those of US Treasuries, to spike. Furthermore, the impact on the US’s creditors could be dire. Japan, for instance, owns about $1.14 trillion of US debt — which is equivalent to 20% of its annual economic output.”

This is a crisis that needs to be fixed immediately, and it sure as hell won’t be fixed with imposing even more lockdowns on the human population.

As much as health officials may roll their eyes at this advice, we have to allow people back into the workforce. To make a living for themselves, support their families, and consequently help their employees do the same.

What do YOU think about the rising problem of global debt? How do we tackle this issue and solve it for good? Reply to this newsletter and share your advice with us!

The Forgotten Young Adults of the COVID-19 Pandemic

A generation of young adults typically well-suited for successful home ownership – or on their way to do so – have been completely disenfranchised by the coronavirus.

Just take a look at some of these disturbing numbers:

Think about it this way… not only are these young adults unable to provide themselves with stable living, they are also unable to support older family members who are fast reaching the stage of retirement.

Which is why it’s no surprise that they have the LOWEST trust in public institutions. They can smell right through the BS and see exactly what’s going on. The lockdowns being promoted by politicians are now being used as tools of leverage, more so than tools for better public health.

And even with a rapid COVID-19 recovery from here-on-out, I have a bad feeling this generation’s pains will be felt up the upcoming Generation Z cohort. Without any stimulus-based intervention, the time of financial stability may end up being a relic of the past at this point…

As Early as January, France Could Start COVID-19 Vaccinations

If 2020 was the year of COVID-19, 2021 is going to be the year of the COVID-19 vaccine. The success of these medications will have a tremendous impact on how quickly we defeat the virus and return to some semblance of normal life.

According to the government of France, they’re planning to start giving people the vaccine as early as the month of January 2021. Which means by that point, a vaccine has to be fully approved and ready to distribute to the population.

However, even though French authorities have $1.77 billion set aside for getting their hands on as many doses as possible, the population may not comply. One Ipsos poll published two months ago found that only 59% of French citizens are willing to take the vaccine.

This is a serious problem, as any medical expert will tell you. Any vaccine meant to conquer a disease of this significance and scope only works when the overwhelming majority of people take it.

We’ve only had an entire year to fully research and develop a vaccine. It’s amazing progress in the field of medicine yet it leaves the question of the long-term side effects of said vaccine. And that means by the time people start having some “funny reactions” to the “cure”, it will already be too late to get a do-over on our mistakes…

America Wants to Start Vaccinating for COVID-19 in DECEMBER!

Here in the USA, we are facing a similar problem as France. As two COVID-19 vaccine candidates (from Moderna and Pfizer) are under regulatory review by the FDA, people are wondering how long after the “green light” will the vaccines become publicly available.

According to Reuters and official government sources they are in contact with, shots could be delivered within just a few days after regulatory consent is granted.

From the article they posted:

“Within 24 hours from the approval, the vaccine will be moving and located in the areas where each state will have told us where they want the vaccine doses.

So I would expect, maybe on day two after approval on the 11th or 12th of December, hopefully the first people will be immunized across the United States.”

To put this in other words, this level of fast-track development aims to see 70% of the entire US population vaccinated by May. Around 231 million Americans would have to take the vaccine in order to achieve the “herd immunity” so often talked about in the news.

But it will be a while before that happens, as the vaccine is being administered to certain people first. The high-risk and vulnerable, along with emergency medical workers, will be the first guinea pigs before your average healthy adult ever gets their hands on it.

This is no more apparent than in a recent Harmony Healthcare IT survey, which revealed just how resistant Americans are to taking a COVID-19 vaccine once it is ready for the general public. ZeroHedge did a fantastic job of summarizing the main results, and of those results, here are the most important conclusions:

Just like I was reporting earlier: Most people are not inherently against the idea of vaccinations in general.

Rightfully, their #1 concern lies around safety. We’re basically taking a major health risk by putting something in our bodies where the long-term consequences of doing so are completely unknown to us. It will either save our lives or end up being one of the worst medical mistakes of the century.

But I’m curious to know: Would YOU be willing to immediately take the COVID-19 vaccine once it is available, or do you want to want until we know more about the vaccine? If so, how long would you want to wait until taking the vaccine? Reply to this newsletter and let us know!

What Will President Biden Do to Our Gun Rights!?

I dislike Biden as much as you do and I cannot stand anything more than the thought of him becoming POTUS for an entire four years. But so long as the possibility still exists until late December, we might as well speculate how his policies will affect gun owners and manufacturers.

The way I see it, gun sales will rise way up. When Obama took office back in 2008, many people feared the real likelihood of having their rights taken away from them. So as you can imagine, people were stocking up on ammunition and firearms like crazy.

Contrast that with President Trump, who has kept his promise of leaving gun sales alone, and the incentive magically disappears. 2020 is the obvious exception, as the COVID-19 pandemic – in combination with the violent riots taking place all year long – have caused a rising surge unlike anything we’ve seen in modern history.

If Biden is anything like his predecessor Obama, he will likely fight to limit the purchase and distribution of guns. We’re talking about hard limits on the number of guns you can purchase, banning the online sale of firearms and ammo, and the implementing of universal background checks (thus making it even harder to purchase one).

So long story short… anybody who is thinking about arming themselves and exercising their 2nd Amendment rights should have started stocking up yesterday. But like the old saying goes, the second best time is NOW!

‘This is no damn hobby’: the ‘gangsta gardener’ transforming Los Angeles

admin - January 22, 2021 0
Sales increase 43% globally in 2020 as plunging battery costs mean the cars will soon be the cheapest vehicles to buy Electric vehicles are...

Jellyfish bloom reports soar from Cornwall to the Outer Hebrides

admin - August 15, 2020 0
From a "mile-long" swarm in Devon to warnings to swimmers in the Outer Hebrides, it seems jellyfish are difficult to ignore this summer. High temperatures,...

admin - December 17, 2020 0
Fish populations will continue to be over-exploited in EU waters, partly as a result of Brexit, after a decision on next year's fishing quotas...

Pollutionwatch: lockdown is boosting air quality but we can do more

admin - April 6, 2020 0
We are staying in to "flatten the curve", cutting the peak Covid-19 demand on health services. An article in the British Medical Journal also...
© Copyright www.thepoliticalplaybooks.com