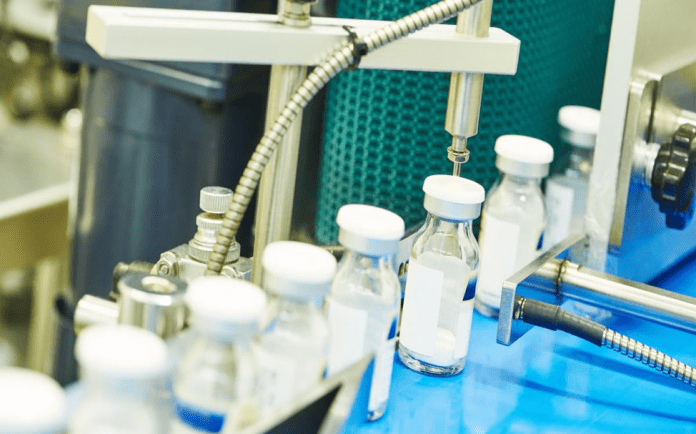 Have you noticed the bizarre pattern around all the positive news around the COVID-19 vaccines?

Every Monday morning, a pharmaceutical company announces that their COVID-19 vaccine candidate is 90% effective or more. The stock market jumps up and down in joy, leading to the major indices going up for the day. It first happened with Pfizer, then Moderna, and AstraZeneca yesterday.

Brushing aside the fact that these releases are selectively timed and in quite an odd manner, let’s talk about what AstraZeneca and Oxford University are bringing to the table.

The claim is that their COVID-19 vaccine candidate, AZD1222, is on average 70% effective. The basis for this comes from their preliminary Phase III clinical trial data involving a total of 11,636 patients. But apparently, they used two separate dosing schemes:

(No idea on why this was the case, as researchers at AstraZeneca and Oxford are still trying to figure out why their “accident” ended up being successful.)

Not to mention the price comparison: While Moderna’s vaccine costs $15-25 per dose and Pfizer’s vaccine sits right at $20 per dose, AZD1222 is ridiculously cheap at $2.50 per dose.

If all goes well with regulatory approval, AstraZeneca intends to have 3 billion doses manufactured by the end of 2021. It would primarily be delivered to low-income countries before being distributed to developed nations.

Unfortunately, AstraZeneca shares were stagnant during yesterday’s trading session (for the record, it has only made a small gain of 8.9% in 2020 so far). This is likely due to the expectation that AZD1222 may not end up being licensed in the United States.

Its incredibly cheap cost, in combination with its dosing protocol and its ease of distribution and storage, makes it clear that the pharmaceutical company intends to serve poorer countries in the Eastern part of the world.

What do YOU think about this news surrounding the COVID-19 vaccine from AstraZeneca? Yet another game-changer or another dud? Reply to this newsletter and let us know!

What Side Effects Can We Expect from the COVID-19 Vaccines?

With three potential COVID-19 vaccines nearing regulatory approval, one has to wonder what side effects may arise. Granted, there haven’t been any serious side effects reported, but a single year is nowhere near enough to reliably gather such data.

At a recent conference between medical experts who consult with the CDC, Dr. Sandra Fryhofer had this to say:

“We really need to make patients aware that this is not going to be a walk in the park… They are going to know they had a vaccine. They are probably not going to feel wonderful. But they’ve got to come back for that second dose.”

And the pharmaceutical companies themselves are even ADMITTING to the vaccines inducing side effects similar to COVID-19 – headaches, muscle pains, chills, and more. And that’s with other unwanted outcomes taking place right after the first dose, such as all-day fatigue, body aches, and high fever (but they reportedly disappeared within a day). If that’s as bad as it gets with the COVID-19 vaccine side effects, I’m all for it. But I have a funny feeling we’re going to hear a LOT more about “funny reactions” from people a few weeks – or a few months – after taking two doses of the vaccine.

If I was living in New York City and a health pandemic similar to COVID-19 came about, my first gut instinct would be to pack my bags and get the hell out as fast as possible.

The raw data from USPS proves that I’m not the only one who thinks this way: Between March and October, over 300,000 New Yorkers – and counting – have requested a change of address. In plain English, this means they are GONE from the city and likely aren’t coming back.

But the reasons for departing are much greater than attempting to avoid getting infected with COVID-19. According to Partnership for New York City head Kathryn Wylde, it all comes down to uncertainty:

“More than half a million city residents who were employed in the retail, restaurant, services sectors have lost their jobs and cannot afford city rents. The late decision on re-opening public and private schools forced many families to relocate so they could make enrollment deadlines in districts where they were living during the pandemic.”

Nobody knows when the city will make a full economic recovery, let alone “flatten the curve” and defeat the COVID-19 pandemic. Some experts project it will take until 2025 for the city to go back to the norm, which would be roughly 2 years after the rest of America is expected to recover.

Folks, watch and learn. This is exactly what happens when you live in a deep blue, Democrat-run city!

The COVID-19 Pandemic Has Turned Us All Into Penny Pinchers

There’s an emerging trend taking place within developed nations dealing with the COVID-19 pandemic through restrictive lockdowns: People are using it as an opportunity to increase their savings and reduce their spending.

This is especially prevalent in the United Kingdom, according to the Office for National Statistics and the Bank of England:

As the UK is now under another lockdown, many Brits are using this as the opportunity to minimize their spending and maximize their savings. Money that doesn’t get spent on transportation, food, and recurring monthly bills can now go towards building up an emergency fund. The only question I have is whether these individuals can resist the temptation to spend all of their saved money on holiday gifts and festivities (whatever those may be). It’s an urge-feeding time of the year, but this is a year unlike any other. It’s time to throw away the wish list and get smart with money…

Speaking of the Brits, get a load of these complete idiots…

Environmental campaign group Extinction Rebellion is urging their supporters to protest against the big banks and the governments by hitting them in their wallet? How? By refusing to pay off debts, and purposely taking out mortgage loans with the knowledge that they will not be able to afford.

“The lobbyists said that the campaign, which is called ‘Money rebellion’, would aim to donate the money saved by refusing to pay back loans and mortgage repayments to support those worst hit by the negative impacts of climate change.”

It’s so stupid that you have to see it to believe it. Anybody with half a brain can tell you exactly what will happen next.

Missed payments show up on your credit file, which lowers your credit score. The same goes for cancelling direct debts as it gets categorized as a missed payment. Not only do you face the real risk of your house getting repossessed, but you also lower your qualifications for buying a home in the future.

Don’t do this. Seriously, just don’t even think about it. There are FAR better ways to fight for climate change – if you even believe in it – without having to ruin your livelihood.

With Michigan Arguably Out of Play, Trump Is Running Out of Time…

It’s been nearly three weeks since we’ve publicly heard from President Trump. Sure, a couple of Tweets here and there, but nothing serious in the way of official statements about his ongoing legal battles to contest the 2020 Presidential Election.

As of yesterday afternoon, the state of Michigan has certified its election results. The 150,000+ point lead that Joe Biden has appears to be secured for the time being. Unless Republican senators join forces and request a recount or possibly a full-scale audit, Trump’s options for getting 270 electoral votes are now limited in scope.

Don’t get the wrong message here… I am a die-hard Trump supporter and I will fight until the bitter end to ensure he proves voter fraud took place on a massive scale. Suspicious mail-in ballot counts, the intentional prevention of Republican observers from watching the vote counts, and many more issues need to be proven in the court of law.

But December 13th is fast approaching and the remaining battleground states are expected to certify their results at the end of this week. Whatever Trump is doing, he needs to put his foot on the gas pedal and get some momentum in his favor RIGHT NOW.
What do YOU think Trump’s odds are of overturning the results of the election? Can he use his magic and know-how to achieve the impossible? Reply to this newsletter and let us know what you think his chances are!

admin - May 24, 2020 0
Britain's largest solar farm, capable of generating enough clean electricity to power 91,000 homes, is poised to receive the greenlight from ministers this week. The...

‘California and Texas are warnings’: blackouts show US deeply unprepared for the climate crisis

admin - February 19, 2021 0
When California saw widespread power blackouts last year during wildfires and a summer "heat storm", Republican lawmakers from Texas were quick to deride the...

admin - March 9, 2021 0
Concerns over carbon emissions and food crises are fuelling a move away from meat consumption as a symbol of wealthThe window of a KFC...

Cities can lead a green revolution after Covid. In Barcelona, we’re showing how |...

admin - December 5, 2020 0
The pandemic will leave behind a very different world from that of a year ago. Thousands of people have died; entire industries have been...

England’s Archer doubtful for ODIs and IPL with elbow injury