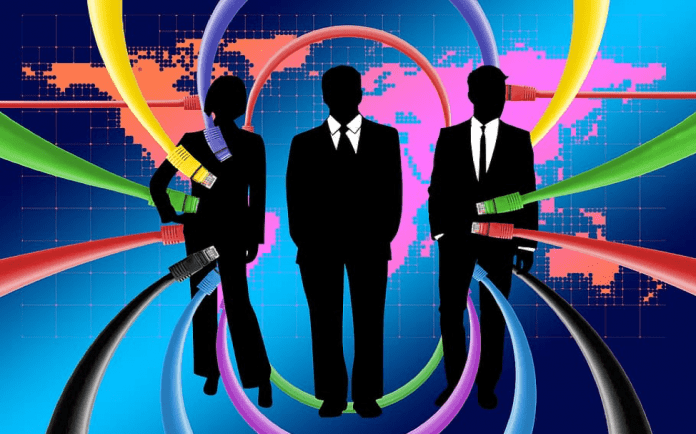 People are hungry for REAL news – networks that cover what’s really going on in the world and don’t pretend to be unbiased while injecting propaganda into it. At the very minimum, we need legitimate right-wing news source that provides an actual alternative perspective to what is being forced down our throats.

Unfortunately, mainstream media networks don’t like that. The LAST thing they want are competitors who beat them through organic traffic and don’t rely on government handouts or corporate sponsorships.

The latest victim of alternative news censorship is One America News Network (OANN), a national pro-Trump news network that has taken the Internet by storm. Even if you don’t watch their content or support them, I’m sure you’ve at least heard their name a few times this year.

It turns out they uploaded an unlisted video onto YouTube that supposedly talked about a non FDA-approved “cure” for COVID-19 (for context, unlisted means you cannot search for the YouTube video and it is only available to people who have the link to said video).

In response, YouTube has taken away their live-streaming privileges for a week and completely demonetized their channel, effectively robbing them of the ability to make money from ads being featured on their videos. OANN is also suspended from posting new videos for this duration.

This is effectively the first strike for their YouTube channel, and two more strikes will lead to a permanent termination. Unless OANN applies to YouTube’s Partner program, they will not be able to re-monetize their channel.

A YouTube spokesperson had this to say about the matter:

“After careful review, we removed a video from OANN and issued a strike on the channel for violating our COVID-19 misinformation policy, which prohibits content claiming there’s a guaranteed cure.

Additionally, due to repeated violations of our Covid-19 misinformation policy and other channel monetization policies, we’ve suspended the channel from the YouTube Partner Program and as a result, its monetization on YouTube.”

Want to know the funny part?

Even Axios, the outlet who broke this story, could not give more information on what was specifically talked about in the unlisted video. No further comments on what the “cure” was or what claims were made about it. For all we know, it could have been a big nothing-burger that wasn’t worthy any attention.

During the entirety of the COVID-19 pandemic, the tech giants have been clamping down hard on so-called misinformation. Anything that even slightly goes against the mainstream narrative is immediately flagged and taken down in the blink of an eye.

But a small part of me thinks this is one big fat excuse to ban an alternative news network that doesn’t cave in to the status quo.

What do YOU think about OANN’s temporary suspension from YouTube? Was YouTube in their rights to do so, or is there something else to the story that would likely expose them for blatant censorship? Reply to this newsletter and share your thoughts with us!

The Day Before Thanksgiving, All Alcohol Sales in Pennsylvania Are BANNED

Tom Wolf, Governor of Pennsylvania, has to be one of the biggest buzzkills I’ve ever met in my life.

Tomorrow is Thanksgiving Day. But today, on Thanksgiving Eve, all alcohol sales in the state of Pennsylvania are officially banned and it’s all thanks to Wolf’s moronic executive order.

In effect, this means that between 5pm today and 8am tomorrow, no bar or restaurant is allowed to serve alcohol. And that’s on TOP of the numerous restrictions he’s imposed on people, including limiting your Thanksgiving festivities to household members and your immediate family.

Wolf had this to say regarding his executive order:

For anybody reading this who lives in Pennsylvania, stock up on all the alcohol you need TODAY before the end of normal working hours. If you want to get a little extra, go ahead. Just don’t let this idiot of a governor ruin your holidays….

Russia Isn’t Out of the COVID-19 Vaccine Race Just Yet!

The USA appears to be winning the COVID-19 vaccine race, with two candidates from Moderna and Pfizer being 90-95% effective. AstraZeneca’s version, hailing from the UK, also claims their vaccine is 90% effective. Thus far, all three claims are based on early Phase III clinical trial data that has yet to be officially peer-reviewed and published in a medical journal.

Not to be outdone, the “Sputnik V” COVID-19 vaccine was just announced to have an effectiveness rate of 95%. This news comes from the Russian Direct Investment Fund, and CEO Kirill Dmitriev had this to say about their preliminary Phase III clinical trial results:

“Sputnik shows very high effectiveness, higher than 95%… This is indisputably positive news not just for Russia, but for the entire world, for all countries.”

(FYI: Sputnik V was manufactured by the Gamaleya Institute, NOT the Russian Direct Investment Fund that is providing funding for vaccine development.)

Sputnik V has some similarities to its American rivals: The treatment will cost $20 per person, consists of two full doses spaced 28 days apart, and has yet to report serious side effects. While several countries such as Brazil and Mexico are interested in using the vaccine for themselves, they’ll have to wait until Russia’s health authorities give Sputnik V the green light.

According to Alexander Gintsburg, director of the Gamaleya Institute, “The efficacy rate to be even higher based on the data three weeks after the second immunization when the body’s strongest and most stable response is achieved.”

Things are heating up! Let’s see if Russia and the United States lock horns in yet another history-changing race…

Is Having Too Many COVID-19 Vaccines Available A BAD Thing!?

With so many COVID-19 vaccines now nearing the point where they can be mass-distributed to hundreds of millions of people worldwide, you have to wonder if there’s a potential downside to having so many choices.

It turns out there is, but not for the reason you think. It has to do with a popular psychological phenomenon called “the paradox of choice.” In a nutshell, having too many choices available limits your ability to make a definitive decision about what you want to buy/use. If overwhelm kicks in and becomes too much, you end up in a state of complete indecisiveness.

According to one prominent paper which studied the paradox of choice in 2000, “An extensive array of options can at first seem highly appealing to consumers, yet can reduce their subsequent motivation to purchase the product.”

Unlike choosing which brand of orange juice you want to buy at the supermarket, vaccines are incredibly complex medical products. There is still a TON of rigorous safety testing that has to be done to determine how safe these vaccines are over a longer period of time. It’s too early to say which COVID-19 vaccine will be the safest and/or the strongest.

Not to mention the increasing amount of people who are skeptical about the COVID-19 vaccine and do not want to take it.

Yet considering how several major entities are planning to make vaccination against the coronavirus mandatory – airlines, schools, Amazon, etc. – we may have to hold our noses and take the plunge with one candidate, hoping for the best.

Ghislaine Maxwell, Epstein’s Accomplice, Is Going Through HELL in Prison!

We already know the popular meme about Jeffrey Epstein’s so-called “suicide” and how he was most likely killed by people who didn’t want him exposing their sexual abuse of underage children.

But it appears as if his top accomplice Ghislaine Maxwell is slowly headed towards that same ominous fate.

First, she was re-located to a separate federal inmate facility for a 14-day quarantine over the fear that her exposure to a jail staffer might have exposed her to COVID-19. And now, it appears she is being woken up every 15 minutes by guards to ensure she still has a pulse. To this day, she has not been informed of the results of a single COVID-19 test she has taken.

If you ask me, this “over-management” might cause an accidental death. Maxwell is massively underslept if all of this information is true (according to her lawyer).

And even if she doesn’t die, she’ll end up being mentally unfit to give a proper testimony in which she will claim she is not guilty of any of the charges imposed upon her.

I’m calling it right now: Some type of accident will happen and official authorities will rule it out as yet another suicide. Like Epstein, she’s got an awful lot of dirt on extremely powerful people around the world who don’t want their secrets exposed to the public…

While Trump Fights the Election Outcome, RINOs Are Caving In

Paul Ryan, a RINO (Republican in name only) who we’ve happily seen absent from the news for several years, was recently a speaker at the European Credit Conference hosted virtually by the Bank of America.

And like every other limp-wristed and weak-minded politician, he’s calling for President Donald Trump to concede the 2020 Presidential Election to Joe Biden:

“I think maybe even more important is that these legal challenges to the outcome and the attacks on our voting system really need to stop, in my opinion… The outcome will not be changed, and it will only serve to undermine our faith in our system of government, our faith in our democracy.”

He then went on to attack Trump and his lawyers for ruining the integrity of American democracy:

“…the mere fact that the president’s lawyers throw these sort of baseless conspiracy theories out at press conferences but offer no evidence of these in court tells you that there is not the kind of widespread voter fraud or systemic voter fraud that would be required to overturn the outcome of this election.

So, the election is over. The outcome is certain, and I really think the orderly transfer of power — that is one of the most uniquely fundamental American components of our political system.”

Typical politician. It’s a good thing he retired from politics last year, as no sane right-wing individual would EVER want him back in office again. He was a snake from the start, acted like a pest during President Trump’s first term, and his true colors are now more evident than ever.

What do YOU think about Paul Ryan’s comments? Does he have a point, or is he just another quitter who couldn’t care less about the sanctity of our elections? Reply to this newsletter and let us know how you feel!

admin - April 7, 2021 0
The healthcare climate footprint is equivalent to the greenhouse gas emissions from 514 coal-fired plants but health workers are finding ways to cut wasteLois...