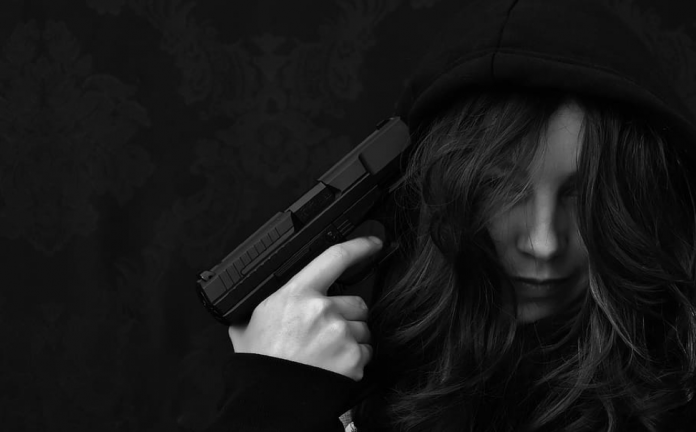 On the opposite end of the world, we have an emerging suicide crisis in Japan. A country that is commonly known for one of the highest suicide rates due to a culture of non-stop work is now reporting suicide to be a problem.

(FYI – their culture around working is nothing like ours… you’ll get laughed at if you even bring up the concept of a “9-5” as the hours go far beyond that.)

According to government statistics from Japan:

And you want to know what the worst part was? The year of 2020 has officially undone all of the hard work of Japan’s health ministry to lower the numbers. Just last year, the annual number of suicides was 20,000 – an all-time low since 1978. Plus, for the past 10 years, the numbers were gradually going down.

Even sadder is that suicide is apparently one of the largest causes of death in Japan for people between the ages of 15 and 39. Add on the stresses and debilitating conditions of the COVID-19 pandemic, and you have the perfect formula for a sudden rise in suicide rates.

Unlike other countries, Japan has had one of the most relaxed lockdown approaches to date. So if they’re reporting astronomical numbers, imagine what’s going on in America and other countries worldwide with restrictive lockdown orders.

But unfortunately for us, we don’t have the privilege of updating our national suicide data on a monthly basis. That only happens once every 2 years or so. Meaning we’re going to end up painting a very ugly picture when we finally get around to reporting the numbers.

Not to mention, Japan is based on the principle that all forms of weakness – and admitting to such – need to be hidden from other people. Koki Ozora, who runs the non-profit 24-hour mental health hotline “A Place for You”, had something to say on this cultural phenomenon:

“Ozora said it’s common for women and parents to start the conversation with his service with the phrase: ‘I know it’s bad to ask for help, but can I talk?’ …. the ‘shame’ of talking about depression often holds people back.”

It’s not something that you talk about in public, you don’t talk about it with friends or anything… It could lead to a delay in seeking help, so that’s one potential cultural factor that we have in here.”

And that, ladies and gentleman, is what you get when you combine even SLIGHT restrictions with a culture that already shames mental health and talking about difficult conditions. I can’t even imagine to think about the ticking time bomb that is the United States of America.

What do YOU think about Japan’s sky-high suicide rates? Is it more because of their culture, or because of the COVID-19 pandemic and the restrictions it has brought about? Reply to this newsletter and share your opinions with us!

“NO COVID-19 Vaccine for Me,” Says Brazilian President Jair Bolsonaro

Jair Bolsonaro, the controversial and infamous president of Brazil, has made a number of surprising comments during the COVID-19 pandemic. The type of talk you would hear from a buddy at your local pub telling the truth about life’s hardships, and not from a seasoned politician who is bought and paid for.

Despite having himself tested positive for COVID-19, he has always attempted to minimize just how deadly and effective the virus can be. He was one of those “it’s just the flu” individuals from the get-go and has consistently held his position since.

Well… in a broadcast held late last week, Bolsonaro publicly admitted he would not be giving himself the COVID-19 vaccine. And his reasoning was eerily similar to that of any freedom-loving American: “I’m telling you, I’m not going to take it. It’s my right.” That, and questioning just how effective face masks are against stopping the spread of COVID-19.

But I will give him one thing to his credit: He’s not a hypocrite when it comes to the “do as I say, not as I do” trick that several American politicians have been caught doing this month alone.

When asked about his citizens, Bolsonaro said it was highly unlikely that Brazilians will have to take the COVID-19 vaccine. For his sake, let’s just hope he keeps to his word…

Forced COVID-19 Vaccinations: Coming to a State Near You!

Ever worry about whether your state has the legal authority to issue you a fine or throw you in jail for refusing to get vaccinated for COVID-19? Or have you blacklisted from ever getting a job, opening a bank account, or conducting any essential activity for basic survival?

Well, according to University of San Diego law professor Dov Fox, who recently spoke with ABC10 News, there is a shocking level of power possessed by governments at the state level:

“States can compel vaccinations in more or less intrusive ways…They can limit access to schools or services or jobs if people don’t get vaccinated. They could force them to pay a fine or even lock them up in jail.

The legal precedent dates back to 1905. In a landmark US Supreme Court case, Jacobson v. Massachusetts, the court ruled Massachusetts had the authority to fine people who refused vaccinations for smallpox. That case formed the legal basis for vaccine requirements at schools, and has been upheld in subsequent decisions.

Courts have found that when medical necessity requires it, the public health outweighs the individual rights and liberties at stake.”

So to make a long story short… this would be nearly impossible to implement on a federal level, and even if the states can pull it off, it’s an incredibly bad public policy that will guarantee the politicians don’t get re-elected ever again. And for those of you claiming your religion will get you out of it… Fox says the Constitution isn’t on your side.

What do YOU think about the idea of being forced to get vaccinated for COVID-19? If it comes down to that decision, will you take the vaccine? Why or why not? Reply to this newsletter and let us know how you feel!

The COVID-19 Vaccine Has Made Slaves of Us All…

As much as millions of Americans are skeptical of taking a COVID-19 vaccine that’s been researched and developed in less than a year, they know that the end days are coming. Depending on their profession, they are increasingly starting to feel as if they have no choice but to take it.

According to a Gallup poll released recently:

An interesting divide among the population, as we now have vaccine takers in the majority. Although, as insurance company Aon’s COVID-19 Task Force managing director Gisele Norris says, the issue doesn’t concern voluntary administration of the vaccine. It’s being FORCED to take the COVID-19 vaccine where the problem lies:

“Anecdotally, our US health care clients relay tremendous interest in the vaccine and we hear that employees are generally expressing willingness to be vaccinated, if not already participating in trials conducted at many facilities… However, there are mixed views toward requiring employees to be vaccinated.”

Might as well shut up, pull up your sleeve, and take your vaccine like a good little slave!

Fact Checkers at Facebook Get Legally CRUSHED By Candace Owens!

You ever wish those annoying fact-checking statements on social media would just go away? I certainly do… Half of the time, they are blindly used by social media companies so they can pretend to fight misinformation without lifting a finger.

But conservative and right-leaning political personality Candace Owens has shown the world that there IS a way to fight back against slanderous fact-checkers.

Long story short… she authored a post on Facebook on November 13th where she declared that Joe Biden was not the President-elect. Which is technically true, as the election is legally called by the government and not the mainstream media outlets. PolitiFact, the 3rd-party fact checker in question, ranked her post “FALSE” and linked to an article they wrote themselves.

(Being labelled “False” by Facebook’s fact-checkers prevents your post from getting the reach it organically would, and possibly targets your account for suspension and/or termination by Facebook themselves.)

Owens wasn’t having any of it… she teamed up with a good team of lawyers and threatened legal action against PolitiFact. And surprisingly, PolitiFact took down their slanderous label:

“Correction: PolitiFact originally labelled this video false in our capacity as a third-party fact-checker for Facebook. On November 20th, an appeal to that decision was made on behalf of Ms. Owens. PolitiFact approved the appeal on November 20th, determined that a correction was appropriate, and removed the false rating.”

Real funny how that works? Once you get these liars exposed to the sunlight with some good old “I’m going to sue you,” they have a tendency to get real quiet and real fast. It’s time for us to fact-check the fact-checkers and do journalism on the journalists!

France’s Violent Anti-Police Riots Are Getting Out of Hand…

I don’t know if France has Antifa soldiers directly planted into their cities or if they have their own “anti-government” resistance groups, but the city of Paris looks like the post-credits scene of Independence Day right now. A real disaster with fire, violence, and anarchy in the streets.

What could be causing all of the commotion on the streets? A direct protest against two new laws being proposed by the French government, according to CNN:

Global Security Bill: Article 24 “forbids the publication of images that allow the identification of a law enforcement officer with the intent to cause them harm, physically or mentally,” while Articles 21-22 “organizes mass surveillance” against journalists and activists.

New National Policing Scheme: “Forces journalists to disperse during demonstrations when ordered to do so by the police,” which means they won’t be able to effectively cover the aftermath of protests.

Two things that would NEVER fly in the United States of America, and it’s not difficult at all to see why. I love our boys in blue and I will always back them up, but there are some crooked cops out there and I strongly believe in accountability for police officers.

I don’t like how the protests have ended up in terms of the damage done to property and other people, but I understand the fight. Once the laws come to pass, there’s no getting that freedom of speech and expression back…

The amphibians of Alhambra – a photo essay

admin - August 27, 2020 0
The Alhambra, which sits on a hill in Granada, Andalucia, is the only preserved palatine city of the Islamic period and a Unesco world...

admin - September 15, 2020 0
Large numbers of dolphins returned to Hong Kong waters within weeks of the Covid-19 crisis shutting down high-speed ferries, and researchers are now calling...

admin - July 10, 2020 0
Essen, Germany. A house sparrow flies to the ripe ears of a barley field. As well as insects and their larvae, the sociable birds...

A change in the weather: new demand for TV presenters to include climate in...

admin - December 4, 2020 0
Graham Creed has spent 30 years with his head in synoptic charts, and for the past 20 he's been on television letting Australians know...
© Copyright www.thepoliticalplaybooks.com