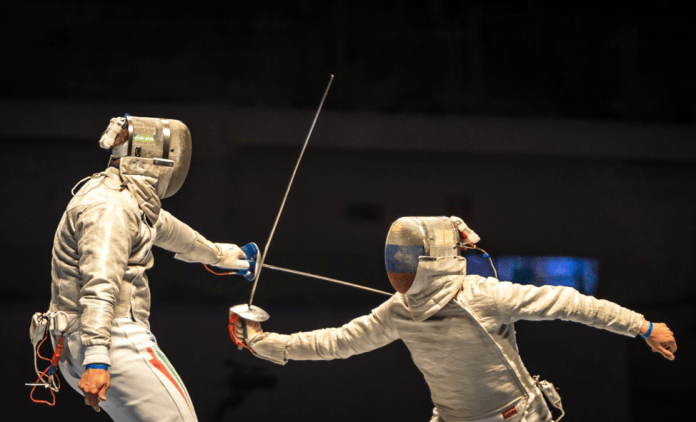 While other COVID-19 vaccine candidates are being developed and look awfully promising, at this point we can safely conclude that Moderna and Pfizer are the two leaders in the game. They’re eerily close to FDA approval and they’re just that much closer to wide-scale distribution.

Just over this weekend, we’ve seen a number of developments showing both pharmaceutical companies to be neck-and-neck in racing for 1st place…

This data, taken from their final clinical study of 30,000 patients, is set to be reviewed by the FDA before getting the green light for either “emergency use approval” or full approval. Keep in mind that a wide broad of people were studied – different genders, ages, ethnicities, and so on.

If approved, 20 million doses could be shipped to the US by the end of the year (meaning two doses per person, so 10 million Americans who could potentially be vaccinated). The stretch goal for Moderna is manufacturing 1 billion doses worldwide by the end of 2021.

Pfizer, on the other hand, could be released earlier for public use. The UK government has already purchased 40 million doses, and the very first shots given to the public could take place as early as December 7th… exactly one week from now.

With either vaccine, we have yet to hear of any serious side effects. The worst things to have come out so far are fatigue, headaches, joint pain, and muscle pain.

So what’s the situation here?

Pfizer could theoretically get its vaccine approved and well-distributed within the UK, but this will happen much faster in the US with Moderna. Not to mention that Moderna’s vaccine, while requiring sub-zero cold temperatures, does not require the same extreme of coldness as Pfizer’s vaccine.

By the time that another COVID-19 vaccine candidate which can be stored at refrigerator temperature is approved by the FDA, it might already be too late. Pfizer and Moderna will have already dominated the EU and US markets respectively, and most facilities will have already invested in ultra-cold storage facilities.

Then again, maybe not. It’s entirely possible that the greater convenience will convince healthcare facilities to make the switch. And to this date, we still DO NOT know about the long-term side effects of any COVID-19 vaccine.

What do YOU think about the COVID-19 vaccine race between Pfizer and Moderna? Any idea on which company will be the undisputed leader when all is said and done? Reply to this newsletter and share your predictions with us!

The Hydroxychloroquine Debunking SCAM: It Worked All Along!

Speaking of COVID-19 treatments, the amount of academic fraud and medical malfeasance directed towards hydroxychloroquine (HCQ) over the past six months has been nothing short of a disgrace.

Anybody who actually understands how scientific research works is fully aware that the media, Big Pharma, and corrupt politicians have robbed Americans of a life-saving treatment.

Just look at the latest results from a published International Journal of Antimicrobial Agents paper:

“Low-dose hydroxychloroquine combined with zinc and azithromycin was an effective therapeutic approach against COVID-19.

…only one patient died from the group being treated with the drugs compared to 13 deaths in the untreated group.”

Prestigious medical professor Dr. Peter McCullough has even gone on record to say, “The chances that it doesn’t work are calculated to be one in 17 billion.”

And he had even more to add on to this scam:

“Sadly, in the United States, and I know in Australia this happens all the time, patients get no treatment whatsoever. They literally are told to stay at home until they are sick enough to go to the hospital. I think that honestly it’s atrocious. History will look back on that and think it was the worst way to handle a potentially fatal illness.”

$20 bucks per person for an over-the-counter treatment could have taken away from this pandemic several months ago, and we wouldn’t be here now. But alas, the New World Order doesn’t want to give up its control of humanity just yet…

As the end of the year is only 31 days away, several tenants behind on rent and struggling to find employment. And when 2021 starts, the CDC’s moratorium on suspending evictions will cease to exist, and people will be kicked out of their homes in droves.

“About 5.8 million adults say they are somewhat to very likely to face eviction or foreclosure in the next two months, according to a survey completed Nov. 9 by the US Census Bureau. That accounts for a third of the 17.8 million adults in households that are behind on rent or mortgage payments.”

In particular, cities such as Houston, Los Angeles, New York, and Atlanta are facing anywhere from 50,000 to 450,000 evictions.

I don’t know what’s going to happen, short of the CDC graciously deciding to extent the eviction moratorium even further. This obviously benefits tenants who will see all of their unemployment benefits expire by December 31st, but it will be devastating to landlords who are already in the middle of a financial crisis and several months’ behind in rent payments.

On the other hand… allowing for evictions will obviously help landlords shed “dead weight” and taken on new tenants who can still afford rent. Yet it leaves you wondering how long the evicted tenants will be able to survive without a roof over their head.

In either scenario, a bloodbath is the only inevitable outcome. Unless that second stimulus check comes in and saves us all, but even that seems increasingly unlikely with each passing day…

Apparently, Children Aren’t at a Major Risk for Catching or Spreading COVID-19

Well, well, well. It’s about time that the fraudulent Dr. Fauci publicly admitted what educated doctors and several other countries have known for the past few months: From an interview he did with ABC News:

“Look at the data, the spread from children and among children is not very big at all, not like one would have suspected.”

So not only do kids have a LOW spread of the coronavirus, but they also don’t tend to suffer severely from the coronavirus. Who could have possibly known this since April, when the pandemic was at its peak?

Um… how about schools in Iceland, Switzerland, Germany, and Sweden? None of these countries shut their primary schools down, and re-opened successfully without any spike in COVID-19 cases or overall illnesses. Not to mention that the unusual measures of mandatory face masks or social distancing were not implemented.

The REAL damage from shutting down schools comes in the form of negatively impacting mental health. Kids are deprived from in-person learning and online learning clearly does not serve them well. And that’s not even talking about the rising cases in depression, abuse, self-harm, and the gradual degeneration of mental stability.

Shame on Dr. Fauci and all other scientists who pushed the closure of schools, and shame on the teachers who used the pandemic as a political weapon for refusing to do their jobs until their leftist demands were fulfilled by the government!

What do YOU think about the shutdown of public schools in the USA? Was it justified, or was it one of the dumbest decisions made by the government? Reply to this newsletter and share your opinions with us!

It seems like forever since this has happened, but there was a big controversy over short-seller Hindenburg Research and their expose of Nikola, the controversial electric truck start-up. Claims of deceptively edited test runs, and false statements about the proprietary technology, real cost of hydrogen production, and more were made with a straight face.

These claims not only caused a federal investigation into the company, but they also led to founder Trevor Milton resigning shortly after the claims were made.

Nowadays, Hindenburg Research has a different target on their minds: Kandi Technologies, an electric vehicle manufacturer based in China.

The allegations being made against Kandi include:

No responses from Kandi just yet, but I would be interested to see if Hindenburg closes out 2020 with two fraudulent companies under their belt. If these allegations are proven true, Wall Street might have a new watchdog to lose sleep over…

Facebook’s strategy for eliminating their competition is sinister yet very simple: Using their billions of dollars, they just simply buy out anybody who they feel could add on a useful service to the social media platform, or those proving to become a competitive threat.

The sad part is that these companies can’t say NO to the vast amounts of cash being offered. And in an effort to look like a lifelong success, they will happily allow the acquisition to take place.

In very recent news, the latest Facebook acquisition for an estimated $1 billion is of customer relationship management (CRM) software company Kustomer, based out of New York and well known for offering its clients a single dashboard to deal with customer inquiries across numerous platforms. Social media, email, text – you name it, Kustomer supports it.

According to TechCrunch, there is a very specific reason why this acquisition was made:

“The social network has been slowly building up a big business providing customer services to businesses on its platform, and the plan now is to double down on that with a platform that will do much more of that, potentially as a paid service.

For Facebook, its “customer relations” profile up to now has been about users within its app walls. This gives it a much bigger opportunity to essentially control that bigger picture and bigger relationship, regardless of the platform being used.”

Just another example of the power you have when you are a multi-billion monopoly within your industry. 99.9% of your problems can be solved by simply tossing out more money!

As outbreak worsens, COVID-19 cases in eastern Europe near 20 million

‘Rainbow magpie’: children give their pick for Australian bird of the year