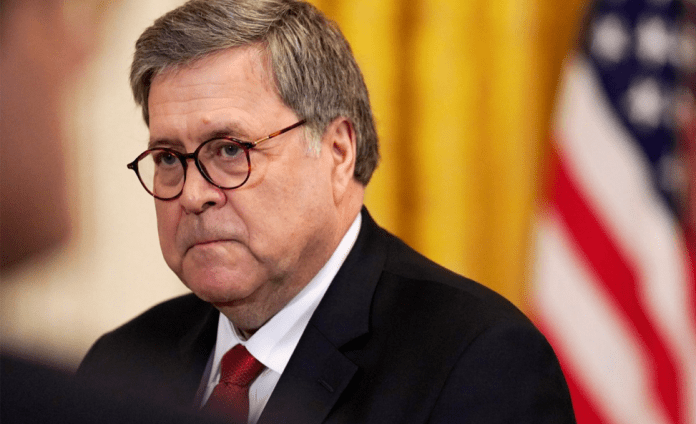 As December 14th comes frighteningly closer with each passing day, the country remains in a state of motionless regarding the final outcome of the 2020 Presidential Election.

So far, we’ve seen the press happily fawn over Joe Biden and some of the meaningless things he’s done or said. Not a single shred of criticism or intention to hold him accountable for his disastrous policies or his questionable cabinet picks. It really makes you wonder just how “fair and balanced” mainstream media has been all along.

Meanwhile, President Trump is more vigorous than ever in his fight to legally prove the election was fraudulently stolen from him. Even though it’s obvious to any brain-dead monkey that Trump was the clear winner, he will have to make a definitive case in the federal courts in order to maintain his role as POTUS for four more years.

And in that regard… we are beginning to see a HUGE split within the Republican Party. Those who are “America First” and stand by our POTUS, and those who are more interested in keeping their seats while raking in that generous lobbyist cash.

“Most claims of fraud are very particularized to a particular set of circumstances or actors or conduct. They are not systemic allegations… Some have been broad and potentially cover a few thousand votes. They have been followed up on. To date, we have not seen fraud on a scale that could have affected a different outcome in the election.

There’s been one assertion that would be systemic fraud and that would be the claim that machines were programmed essentially to skew the election results…. And the DHS and DOJ have looked into that, and so far, we haven’t seen anything to substantiate that.”

Rudy Guiliani, former mayor of NYC and Trump’s right-hand lawyer in his legal battle, strongly disagreed and had this to say in a press release issued yesterday afternoon:

“With all due respect to the Attorney General, there hasn’t been any semblance of a Department of Justice investigation.

…We have many witnesses swearing under oath they saw crimes being committed in connection with voter fraud. As far as we know, not a single one has been interviewed by the DOJ. The Justice Department also hasn’t audited any voting machines or used their subpoena powers to determine the truth.

…Again, with the greatest respect to the Attorney General, his opinion appears to be without any knowledge or investigation of the substantial irregularities and evidence of systemic fraud.”

It’s funny how even amongst Trump’s allies, there is a clear divide with regard to the belief about whether the election was stolen from Trump or not.

For the sake of those opposing Trump, they’d better hope that Biden is POTUS. Because if all of the widespread voter fraud is proven true in court and Trump is POTUS for a 2nd term, all of the people who refused to put their support behind Trump will find themselves quickly voted out of office.

The traditional concept of the Republican Party is dead. It’s either all-in for Trump or not at all.

What do YOU think about the opposing comments issued by Barr and Giuliani? Which one of them is in the right, and why? Let us know your thoughts by replying to this newsletter!

We all know what will happen IF (not when) Joe Biden becomes the 46th President of the United States: Nothing more than an Obama 2.0 who will continue the legacy of his predecessor by undoing all the positive progress made by President Trump.

And one of the main areas a potential Biden administration intends to fully tackle is the issue of illegal immigrants. From The Post Millennial:

“Biden’s plan to prop up illegal immigrants includes putting a 100 day hold on all deportations and halting border wall construction, as well as reinforcing DACA.

[Biden] has also stated that he will generally ‘Increase the number of refugees we welcome into the country,’ setting the annual cap for refugees at 125,000 and continuing to raise it over time.”

This is a full enactment of the hidden “demography is destiny” initiative being propped up by the Democrats since the start of 2010. In short, this quote is used to put forth the implicit understanding that changing the demographics of your country will radically impact the outcome of political elections.

Think about it this way: If Democrats support the migration of illegal immigrants and disperse them across the country, which party do you think they’re going to vote for? It’s all a ploy with the end game of turning red states blue while making already-blue states a deep blue.

Once that agenda is successfully carried out, it would be virtually impossible for a Republican, right-winger, or conservative to EVER win another election again. Something for you to think about the next time you see Democrats standing up for illegal immigration…

Black Lives Matter: A Money Grab for the Rich

Let me be very clear when I say the following: I strongly believe that the lives of Black Americans do matter and they deserve to be treated equally like every other ethnicity. However, I am strongly opposed to the MOVEMENT known as “Black Lives Matter.”

A shocking expose from The Daily Caller reveals exactly this, purporting the claim that the organization has raked in millions of dollars while giving next to none of that cash to the local chapters who carry out the agenda of the organization:

[In June], BLM Global Network spent $4.5 million on consultants, travel and compensation for its staff from July 2017 through June 2019 while at the same time providing only $328,000 to outside groups such as its local chapters.”

While this may be a shocking to people on the left, this was foretold for YEARS by conservatives and anybody who could open their eyes to see what is really going on. BLM is nothing more than a cash-grab opportunity that exploits the actual suffering of Black Americans while putting millions of dollars into the pockets of politicians who don’t give a damn about Black people.

And this is only the start of pulling the curtains behind what actually happens. Expect many more BLM supporters to realize that all of their fundraising and activism was for nothing…

Today’s “Flat-Earthers” Are Those Encouraging Lockdowns

Ron DeSantis, the Republican Governor of the state of Florida, has been a breath of fresh air when it comes to clarity and accuracy with regard to how the COVID-19 pandemic should be handled.

From lifting the lockdown restrictions early to fighting against the status quo of misinformed public health officials, he has always promoted the need to keep the economy running no matter what.

In one of his latest statements, he makes a very surprising yet truthful analogy to describe just how insanely stupid the pro-lockdown movement is. From AP News:

We’ve seen cases increase but look at all the other states that are seeing them increase way, way more… If you look at the per-capita hospitalizations, we are not even close to the top of the stuff. So I think people should put it in perspective.”

Rightfully, DeSantis notes that several countries have successfully managed to keep their public schools open without any adverse outcomes for children or teachers. He also points out that lockdowns do not necessarily lower the number of COVID-19 deaths, and the emerging science is starting to overwhelmingly support his position.

Combined with Dr. Fauci openly admitting that it is NOT dangerous to keep schools open, DeSantis’s position is fully justified. It’s just too bad that the rest of the dumb-as-a-rock Democrat governors can’t open their eyes and finally realize that their policies are literally KILLING people!

Biden White House asks ‘Trump who?’ ahead of speech to conservatives

‘A journey around the world’: Kew Gardens offers visitors an escape

admin - August 20, 2020 0
Those unable to satisfy their wanderlust in these uncertain days of lockdown and travel quarantine are invited to immerse themselves in the sights, smells...

admin - April 22, 2020 0
Small pieces of plastic have been detected in sea ice in Antarctica for what scientists believe is the first time. Microplastics have previously been discovered...

Flower power! The movement to bring back Britain’s beautiful meadows

admin - January 28, 2021 0
More than 97% of meadows have been destroyed, but the fight is now on to restore them. They are essential for plants and insects...

Drexciya: how Afrofuturism is inspiring a memorial to slavery at sea

admin - January 25, 2021 0
The alternative Black history of a deep-sea civilisation has planted the seed for proposals to memorialise the 1.8 million Africans who died in the...

It’s time for America to reassert climate leadership. It starts with voting | Michael...

admin - July 29, 2020 0
In a world with so many problems, it's easy to feel helpless. And particularly right now in the midst of the Covid-19 pandemic, quite...
© Copyright www.thepoliticalplaybooks.com