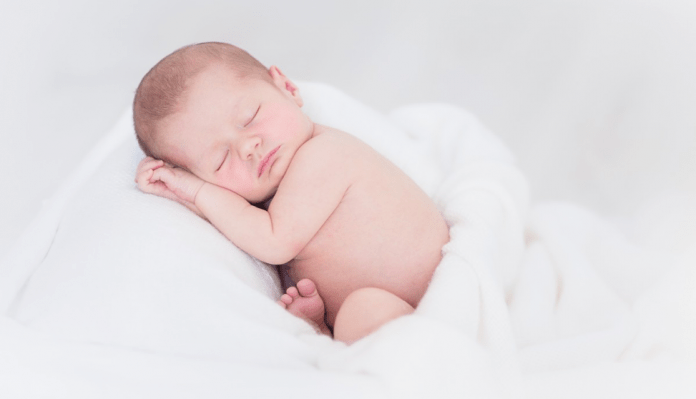 You ever notice nowadays that an increasing amount of people are far less interested in starting a family and having kids?

Sadly, you’re not alone. I don’t know if this is the result of mass social engineering by the New World Order, or a symptom of how modern society has evolved, but the traditional idea of starting a nuclear family – husband, wife, kids – is starting to die out.

ZeroHedge compiled a pretty hefty list of statistics about the declining child births… and it’s quite an ugly picture:

And the scariest about all of these statistics?

They apply UNIFORMLY across every single race of human beings in America. Whether you’re an immigrant or a 4th generation American, everybody is starting to drift from the idea of reproduction and giving birth to the next generation of young leaders.

Now, keep in mind that we are unable to see the detrimental effects of declining human births in the short-term. This will be one of those outcomes where by the time it already happens, there will be too much momentum going against us to chart a different course.

This is the type of issue that has to be solved NOW before it’s already too late.

Imagine that fewer women will be alive as a result of declining child birth nation-wide. Then, imagine that those same women develop a progressively stronger disinterest in having children. I probably don’t have to tell you what the outcome will be .

Then again… perhaps this was the plan of the elites all along. Maybe the gradual lowering of the population is a part of their sinister plan to justify immigration at levels never-before-seen.

And I’m not talking about bringing in the best individuals that other countries have to offer, to somewhat paraphrase what Donald Trump said when he announced his candidacy for POTUS back in 2015.

The types of people who the elites want to “immigrate” are those individuals who are lower in IQ and far easier to manipulate into doing whatever you want. In other words… VOTERS who will easily support whatever policy you put in place, no matter how idiotic or insane.

I’m not telling you to go wild and have 7-12 children. What I am advocating for is a return to a time where people were actively encouraged to reproduce and leave their legacy behind through a strong and prosperous family.

It’s time to return to the roots of what made America great so many years ago.

What do YOU think about the declining levels of childbirth? Are we headed for a doomsday scenario if this trend continues, or is this all over-exaggerated panic and fear over a non-issue? Reply to this newsletter and share your opinions with us!

The COVID-19 Vaccine Distribution Networks Are Being Targeted by Hackers

One of the most difficult things to understand about hackers is what their true motives are. They’re this chaotic entity of people who do not have a unifying M.O. or purpose, and the only way to stop them is to make your cybersecurity as iron-tight as possible.

Case in point: It is now being reported that hackers are attempting to target the entire distribution network of COVID-19 vaccines. More specifically, they have apparently been doing this as September.

Forbes broke this story yesterday and provided more details about the hacking attempts:

“IBM researchers discovered phishing attacks launched by hackers pretending to be an executive at Haier, a Chinese company that not only provides cooling systems for medicines but also claims to be the world’s only complete cold-chain provider.”

“…the hackers went after tangentially linked entities. One target was the European Commission’s Directorate-General for Taxation and Customs Union, which deals with trade and cross-border regulations. Solar energy companies were also targeted.”

The good news is that no actual breaches have taken place so far, which means all we know is that attempts were made. Rumors are circulating that a nation-state was somehow responsible for initiating the hacks, but no confirmations have been made as of right now.

For the sake of pharmaceutical companies such as Moderna and Pfizer, they should hope these hackers aren’t successful. Because if they are, it would be easy as pie for them to compromise supplies of the COVID-19 vaccines and get a hold of them.

When people get vaccinated, there’s usually a small card onto which the medical information about said vaccinations are recorded. The vaccine you took, when you took it, when you’re due for your next one, and so on.

Well… it turns out that there’s going to be a separate one made just for the COVID-19 vaccines. And not only will you have to keep these cards filled out, but the same information will be kept by a state’s immunization registries in order to have a log of people who have – or have not – received the vaccine.

The Immunization Action Coalition’s associate director Dr. Kelly Moore had this to say about the cards:

“Everyone will be issued a written card that they can put in their wallet that will tell them what they had and when their next dose is due… do the simple, easy thing first. Everyone’s going to get that.”

Somehow, some way, I have a bad feeling these records will be used against us. Both the government and private businesses will be able to tap into our records, see our vaccination status, and have the right to deny us access to essential services.

This news may seem innocent when taken at face value, but this doesn’t pass the smell test to me. Something is brewing from beneath the surface and I don’t like it one bit…

When news broke out about the Pfizer & BioNTech COVID-19 vaccine requiring ultra-cold storage temperature of -70 degrees Celsius a few months back, there was a lot of worry and concern about how the vaccine would be distributed worldwide… let alone developed countries and cities who don’t have ultra-cold storage facilities.

The issue was especially more alarming when it was revealed that this vaccine would ideally be delivered to developing nations such as South Asia and sub-Saharan Africa. But considering that billions of dollars are on the line, Big Pharma isn’t going to let an obstacle like this get in the way.

But apparently, according to delivery distribution network DHL, it is now possible to safely deliver the COVID-19 vaccine to 85% of all the target countries. And here’s how…

In other words… provided that delivery companies IMMEDIATELY store the vaccine in the right container and rush it to clinics or hospitals, the vaccine can be directly given to the patients as soon as they arrive.

I personally think that all of this is a long stretch, but they’re the ones making the claim. Let’s see if they can actually live up to it…

Pfizer has been somewhat unclear about their delivery targets of the COVID-19 vaccine by the end of 2020. While they have made numerous public statements about 50 million doses being the goal, they were actually hoping for twice that number.

But due to recent internal issues, their “hopeful goal” now has to be slashed by half. The reason for this has to do with “early batches of the raw materials needed for the vaccine failing to meet manufacturing problems”. And in a press release statement, Pfizer had this to say:

“There are several factors which have impacted the number of doses estimated to be available in 2020… For one, scaling up a vaccine at this pace is unprecedented, and we have made significant progress as we have moved forward in the unknown.”

On top of producing vaccine doses for their clinical trials, it took far longer than expected to scale-up mass production of the raw materials I just talked about.

As a result of these announced supply chain issues, Pfizer stock took a bit of a dive and ended up -1.74% lower during yesterday’s trading session.

And analysts are now asking the big-brain question of whether 50 million doses shipped out by the end of 2020 necessarily means that 25 million Americans can be vaccinated before 2021 (since the treatment involves two doses per person).

You will quickly discover that ANY hiccups in the production and distribution of COVID-19 vaccines will play a major impact in the behavior of US stocks, so be on the eye for these kinds of developments over the next six months…

Fauci Criticizes the UK’s Approval of Pfizer’s COVID-19 Vaccine… Then Takes it Back?

Dr. Fauci is a very confusing man. He contradicts himself every time he opens up his mouth, saying whatever he feels the public wants to hear. Whether it’s his endless criticism of President Trump or an ominous warning about the pandemic continuing forever, he seems to love nothing more than injecting fear into the hearts of Americans.

“The UK has decided to do it a little bit differently, they’ve gone over it very quickly… this is not a criticism, but they’ve done it in a way that is much less deep than has been done and is being done by the FDA in the United States.

[The UK] kind of ran around the corner of the marathon and joined it in the last mile… They really rushed through that approval.”

The UK’s Medicines and Healthcare Products Regulatory Agency then issued the following response:

“… [we] rigorously assessed the data in the shortest time possible, without compromising the thoroughness of our review.”

And then later in the day, Dr. Fauci made this comment to make it clear that he trusted the medical regulatory agencies in the UK:

“There really has been a misunderstanding, and for that I’m sorry, and I apologize for that… I do have great faith in both the scientific community and the regulatory community in the UK.

Our process is one that takes more time than it takes in the UK… That’s just the reality. I did not mean to imply any sloppiness even though it came out that way.”

I think that somebody is just jealous that the US didn’t get there first.

But what do YOU think about Fauci’s comments? Is he right about the UK approving Pfizer’s COVID-19 vaccine too quickly, or is he just experiencing an episode of sour grapes? Let us know what you believe by replying to this newsletter!

Is It Finally Over for President Trump?

admin - October 6, 2020 0
Net zero. It's a simple enough concept - the notion that we reduce carbon emissions to a level where we are no longer adding...

admin - September 17, 2020 0
All English rivers have failed to meet quality tests for pollution amid concerns over the scale of sewage discharges and agricultural and industrial chemicals...