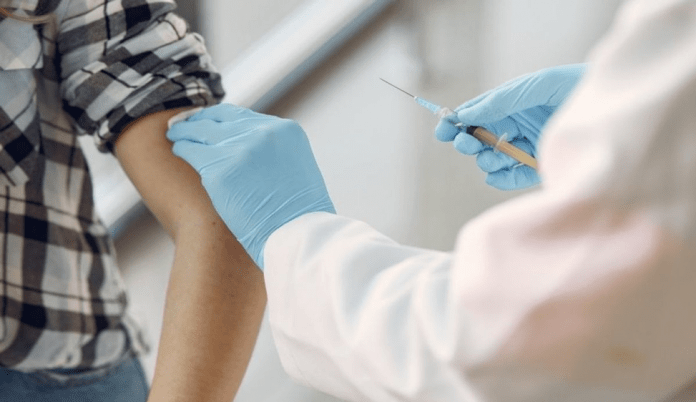 Tomorrow marks the day when Pfizer’s COVID-19 vaccine will come under heavy review by the Food and Drug Administration (FDA). This review will be the final deciding moment where the vaccine is either approved for use in the USA or soundly rejected, and the announcement is expected to be made immediately after the meeting is over.

First, there was the report that two people who were a part of their Phase III clinical trial have died.

This caused a huge battle to take place between pro-vaxxers and anti-vaxxers on social media, with the former side getting the details right more often than not.

And even then, it’s unclear if the cause of death could be attributed solely to the vaccine itself. Since the data has yet to be made public, there’s just simply no way to tell.

I’m not saying that the COVID-19 vaccine from Pfizer is 100% safe or 100% deadly. Again, all we have is the very limited data released by Pfizer so far. We’ll have to wait and see if the data is released in a medical journal. And in full transparency, this does not rule out more severe side effects of the vaccine.

Which leads me to the second story…

The preliminary review of Pfizer’s clinical trial for their COVID-19 vaccine by the FDA revealed some very interesting data points.

It turns out that the vaccine prevents a COVID-19 infection just seven days after the very first dose (remember that the full treatment consists of two full doses spaced out a month apart). This finding was consistently observed when age, weight, and race were accounted for.

With that said, the vaccine didn’t come without risks. From ZeroHedge:

“The vaccine has been shown to elicit increased local and systemic adverse reactions as compared to those in the placebo arm, usually lasting a few days…

Severe adverse reactions occurred in 0.0-4.6% of participants, were more frequent after Dose 2 than after Dose 1 and were generally less frequent in older adults (>55 years of age) (<2.8%) as compared to younger participants (≤4.6%).

Among reported unsolicited adverse events, lymphadenopathy occurred much more frequently in the vaccine group than the placebo group and is plausibly related to vaccination.”

And there you have it, folks. A preview of what the Pfizer COVID-19 vaccine has to offer to America and the rest of the world.

One last note: For those of you who are day traders, be on the lookout for how the market reacts once the meeting on Thursday is over. The markets are gonna be REALLY bumpy!

What are YOUR thoughts on the Pfizer COVID-19 vaccine based on the early data presented? Would you take it, or are you going to wait for more evidence of its safety and efficacy? Reply to this newsletter and tell us where you stand!

Fauci: “Deaths Won’t Stop Popping Up With the COVID-19 Vaccine”

Speaking of COVID-19 deaths, Dr. Anthony Fauci said this on Monday in an interview with CNN:

“You’re not going to see a measurable diminution [in mortality] for at least several weeks, if not longer… But it will come, I guarantee you, if we get the appropriate people vaccinated, we do it on time and then we go to the next level.”

He also made some unpromising comments about the spread of COVID-19 following the mass vaccination of Americans. From Barron’s:

“Dr. Fauci also said that it is not yet known if people who have been vaccinated can still transmit COVID-19. It’s possible, he said, that even though they carry the virus in their nasal cavity, the vaccine’s immune response cuts their viral load significantly, reducing the likelihood they will infect others or the severity of case.”

Ah yes, the COVID-19 vaccine will not be the magic bullet that everyone has said it’s going to be for the past several months. Even if every single thing under the sun is done correctly, we’ll still have to shut up and obey our masters.

What a complete and utter farce!

How Much Longer Until the Lockdowns Stop? 6 Months, According to Americans

Unfortunately for the public health officials, the American population is starting to get smarter with each passing day of the COVID-19 pandemic. After being lied to several times about “flattening the curve” and “just 15 days to slow the spread,” they know that the country is in this mess for the long haul.

This widespread belief was made more evident with a new poll from Rasmussen Reports, which surveyed 1,000 Americans about their opinions regarding the subject of COVID-19:

Ouch. Not a very positive outlook on the year 2021, if you ask me. But you really can’t blame Americans for thinking like this. It almost seems as if there is no visible end to the lockdowns, let alone the pandemic itself.

But I’m curious to know: When do YOU think the lockdowns are finally going to end for good? Reply to this newsletter and share your predictions with us!

This Christmas Season Will Be Full of Poverty, Unemployment, and Evictions

As much as I love the Christmas season that comes around once a year, I don’t think this year is going to have a very happy holiday season. In fact, I believe this will be the most depressing Christmas we’ve ever had in modern American history.

Why? Well, according to the Washington Post, millions of Americans are going to end this month broke and fearful over the increasingly real possibility of eviction:

“Nearly 12 million renters will owe an average of $5,850 in back rent and utilities by January, Moody’s Analytics warns. Last month, 9 million renters said they were behind on rent, according to a Census Bureau survey.”

“The stakes are high for some 20 million Americans receiving some kind of unemployment aid, who have seen weekly checks dwindle since August, making it harder to pay bills. About 12 million unemployed are slated to have their benefits cut off entirely at the end of the year unless lawmakers act before then.”

Keep in mind that the eviction moratorium imposed by the CDC ends on December 31st. And according to some experts, evictions could go up as much as 50% in 2021. Come January, you’re going to see landlords do EVERYTHING in their power to evict as many non-paying tenants as possible.

When that happens, we’re going to have a health crisis AND a homelessness crisis to deal with…

San Francisco’s peak years are nothing more than a nostalgic relic of the past. I say this as somebody who was in the city back in 2013, long before its problems became catastrophic in nature. The city has been in a constant decline for the past decade, but 2020 just took what was worse and put full force on the gas pedal headed towards destruction.

Bloomberg compiled a list of statistics about rent prices in San Francisco plummeting, all made thanks to the rise in the “work-at-home” movement:

I hate to say it, but that’s what happens when you provide people with the opportunity to work remotely and make a handsome salary. Without the need to live in an ultra-expensive city, why wouldn’t you relocate to somewhere nicer and save a significant amount of money?

Even with the large reductions in rent prices, they are still borderline insane compared to the rest of America (and arguably the world). It’s no wonder everyone in San Francisco is moving to greener and more affordable pastures.

Apple: A Surprising Ally in Protecting the Consumer’s Online Privacy?

I was reading CNBC yesterday when I came across this breaking story from tech giant Apple:

“Starting next year, Apple will remove apps from its App Store that track users without first receiving permission, a move that promises to bolster iPhone user privacy but will likely shake the app advertising industry.

…In an update to the iPhone operating system expected ‘early next year,’ app makers will be forced to ask permission to access a user’s IDFA through a pop-up. A significant portion of users will likely decide to opt-out, reducing the effectiveness and profitability of targeted ads.”

Activities such as sharing device location, targeted ads based on user data collected by 3rd-party companies, and sharing various online IDs with advertising networks will be strictly banned. For Facebook alone, a move of this nature could lower ad revenue by as much as 50%.

These new requirements will be referred to as App Tracking Transparency (ATT) and no exact date in 2021 has been confirmed for when they will take effect.

As much as I have my grievances against Apple, this is a move I can stand behind. They are one of the few tech companies who have prioritized the privacy of the individual and fought viciously against government attempts to gain a “backdoor” into their security systems.

So if you’re someone who’s on the fence about buying an Apple product, perhaps this news might be enough to sway you over!

Pandemic! by Slavoj Zizek review – the philosopher provides his solution

admin - April 23, 2020 0
The dates are by now well-rehearsed. 31 December: China informs the World Health Organisation that cases of pneumonia with an unknown cause have been...

admin - May 17, 2020 0
Labour is drawing up ambitious proposals to rescue the post-coronavirus economy with a radical green recovery plan focused on helping young people who lose...
© Copyright www.thepoliticalplaybooks.com