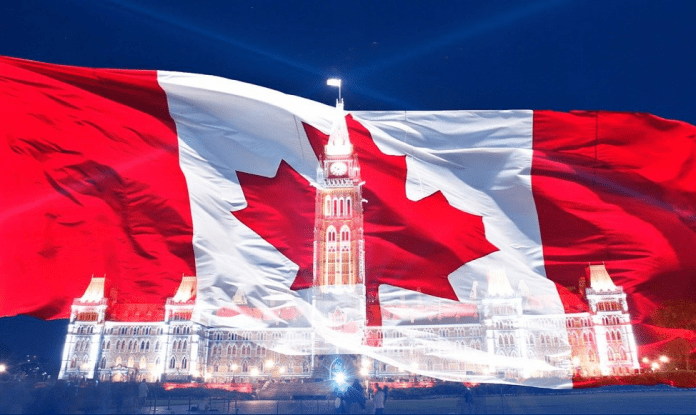 If you own an iPhone, you KNOW when a breaking news story develops because your phone will immediately tell you about it.

Well… today was one of those days, and the news comes straight out of Canada:

“Health Canada has approved the Pfizer-BioNTech COVID-19 vaccine for use in this country, and the first doses could be administered as early as next week.

…The federal health agency has deemed the vaccine effective and safe for use on Canadians, which means that the team responsible for the rollout of vaccines can now begin the process of administering them.

…The plan is now to begin vaccinating the general population in April 2021, and have all Canadians immunized by the end of next year, with one of the several vaccines under consideration.”

(NOTE: Johnson & Johnson, AstraZeneca, and Moderna are still pending review by Health Canada, the federal health authority of the country.)

As of this writing, we now have a total of three countries who have approved Pfizer’s COVID-19 vaccine: Bahrain, the United Kingdom, and Canada. And depending on how the FDA meeting goes tomorrow afternoon, the United States could become Country #4.

But the news doesn’t stop there: Ontario, the largest province in Canada containing 40% of the country’s total population, has already made some sinister plans to make life extremely uncomfortable for people who don’t get vaccinated. From The Globe & Mail:

“Ontario residents who choose not to receive the COVID-19 vaccine could face certain restrictions, the province’s health minister said Tuesday, noting that the government will provide proof of immunization to those who get the shot.

Christine Elliott said the province will not make the vaccine mandatory, but some activities – such as travel and access to communal spaces like cinemas – could eventually be restricted for those who opt not to get immunized.

ELLIOTT: [A document proving vaccination] is going to be really important for people to have for travel purposes, perhaps for work purposes, for going to theaters or cinemas, or any other places where people will be in closer physical contact when we get through the worst of the pandemic… That will be essential for people to have.”

And there it is… the agenda of the New World Order.

Governments won’t have to do anything in order for people to stab themselves with the COVID-19 vaccines. It will be scared-sh*tless business owners who make the vaccinations mandatory out of fear and not wanting to be portrayed as “anti-vaxx” by the mainstream media outlets.

It is our duty as citizens to stand up to this tyranny. Not because of anything inherently right or wrong with the vaccine, but because it violates our human rights to forcefully put something in our bodies when we do not feel comfortable doing so.

What are YOUR thoughts on Health Canada’s approval of the Pfizer COVID-19 vaccine and Ontario’s “plans” to make the vaccinations “mandatory”? Reply to this newsletter and let us know if it is acceptable to force Canadians to take the shot!

Got Allergies? Might Want to Avoid Taking Pfizer’s COVID-19 Vaccine…

It’s only been 24 hours since Pfizer’s COVID-19 vaccine was officially approved in the United Kingdom. Yet a warning label is already being slapped onto it by the country’s health authorities, according to Business Insider:

“The UK’s drug regulator has warned that people with a history of “significant” allergic reactions should not receive Pfizer and BioNTech’s COVID-19 vaccine in its current state, after two recipients had reactions… Two healthcare workers with a history of severe allergies reacted to the vaccine.

Any person with a history of a significant allergic reaction to a vaccine, medicine, or food (such as previous history of anaphylactoid reaction or those who have been advised to carry an adrenaline autoinjector) should not receive the Pfizer/BioNTech vaccine.”

And guess who those two individuals happened to be? Staff members who work for the National Health Service, who experienced unwanted reactions to the very first dose of the Pfizer COVID-19 vaccine. It got so bad that adrenaline auto injectors had to be carried with them.

It would have been nice if the “professional” media outlets provided us with more details. Specifically, what KINDS of allergies leave you more susceptible to a negative reaction. And furthermore, which PART of the vaccine that the staff members had an allergic reaction to.

I want to emphasize once more that we are only 24 hours into having Pfizer’s COVID-19 vaccine available for distribution for the public. Who knows what stories we’ll hear about before 2020 comes to a close…

EVEN With Pfizer’s COVID-19 Vaccine, You Will Still Need to Mask Up

I’ve always found it fascinating that even the most pro-vaccine activists will insist that the COVID-19 vaccine alone is not enough to stop the spread of the virus. Even with a supposedly “95% effective” treatment for preventing severe infections, we have to double down on locking down the economy and living a very restricted way of life.

This is the argument being presented by The New York Times in one of their most recently published pieces:

“…the Pfizer and Moderna trials tracked only how many vaccinated people became sick with COVID-19. That leaves open the possibility that some vaccinated people get infected without developing symptoms, and could then silently transmit the virus — especially if they come in close contact with others or stop wearing masks.

Put another way… even though the vaccine prevents you from getting sick yourself, it is still entirely possible to spread the virus around.

Sadly, I think anybody who’s being paying attention could see this coming from a mile away. Just like the failed war on drugs, authorities truly believe that the best way to “slow the spread” is to double down on everything that clearly hasn’t worked.

The Official COVID-19 Schedule for Massachusetts Has Been Released

The state of Massachusetts has released their intended schedule for distributing Pfizer and BioNTech’s COVID-19 vaccine to the entire population. Pay close attention to what they’re suggesting, because it’s very likely that the remaining 49 states follow suit:

In every single phase, the vaccine will be provided at no cost and insurance companies are not allowed to charge co-payment costs or out-of-pocket costs. You will be able to get the vaccine from your local pharmacy – CVS, Walmart, Walgreens, etc.

If this timeline ends up being accurate, and gets uniformly applied nationwide, you can expect the majority of the US population to be fully vaccinated for COVID-19 by Summer 2021.

Yet another example of Big Tech censorship is laid out in the open for the world to see. In an official blog post released by YouTube, the world’s most popular video-sharing site has announced their plans to delete all content claiming the 2020 Presidential Election was fraudulent:

“Yesterday was the safe harbor deadline for the US Presidential election and enough states have certified their election results to determine a President-elect.

For example, we will remove videos claiming that a Presidential candidate won the election due to widespread software glitches or counting errors.”

When journalist Tim Pool asked for further clarification, here is what he was told by YouTube spokespeople:

“You can still say Trump ‘actually’ won the election. You can still claim that the election was stolen from Trump. [But] you must meet two conditions for a video to be removed: You must claim ‘widespread fraud or error’ AND say it made Trump lose.

Unbelievable. We still have until December 14th for state legislatures to certify the votes of the Electoral College. Not to mention that Trump still (technically) has time to contest the results and swing the results over in his favor.

What do YOU think about YouTube’s recent decision to proactively delete content challenging the narrative? Is this yet another step forward in their plan to blatantly censor information they don’t want to hear? Reply to this newsletter and let us know how you feel!

Trump’s final shot to prove that the election was wrongfully stolen from him via widespread fraud comes in the form of a lawsuit from the state of Texas. From MarketWatch:

“[The lawsuit is filed] against the states of Michigan, Georgia, Pennsylvania and Wisconsin, which asks the Supreme Court to prevent those states from participating in the Electoral College vote Monday.

The Texas lawsuit alleges that election officials in the four states made protocol changes that were contrary to election laws set by the state legislatures, in violation of the Constitution.”

And since that lawsuit was filed last week, two extraordinary things have happened.

First, Trump has personally stated he will intervene “in his personal capacity” as a presidential candidate. Second, the lawsuit now has SEVENTEEN states supporting the suit, according to CNBC:

It’s do-or-die time. The deadline of December 14th, this coming Monday, is fast approaching. Whatever is happening, may God be on the side of President Donald Trump in helping him run this country for the next four years.

What is cryptoart, how much does it cost and can you hang it on your wall?

The Guardian view on climate and the budget: Sunak fails the green test | Editorial

admin - February 12, 2021 0
The confusion dates back almost a month, to a press conference at which the health secretary, Matt Hancock, revealed that he has booked a...

admin - May 1, 2020 0
Cities around the world are already planning for life after Covid-19, with a series of environmental initiatives being rolled out from Bogota to Barcelona...

Stopping the rot: the fight to save fresh food

admin - March 15, 2020 0
Ten years ago, James Rogers was driving through some of the most productive farmland on the planet, thinking about food. He had recently read...

admin - April 16, 2020 0
The introduction of pollution-busting clean air zones in cities has been postponed by the coronavirus crisis, as authorities combat the outbreak. Clean air zones (CAZs),...
© Copyright www.thepoliticalplaybooks.com