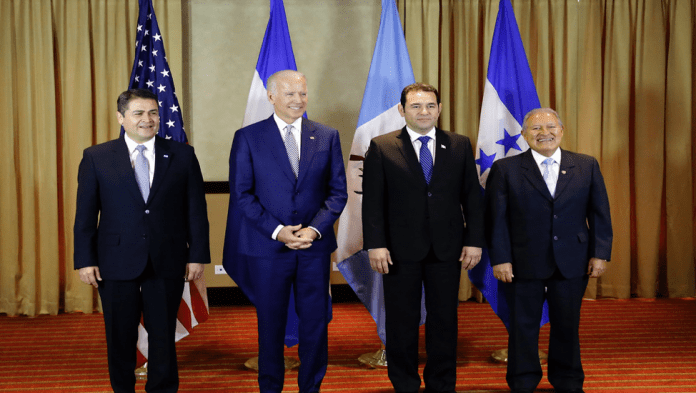 Let’s suppose for all intents and purposes, all of Trump’s legal efforts to overturn the fraudulent election fail. All of his options are exhausted, January 20th comes around, and Biden is officially sworn into office as the 46th President of the United States.

What happens next? What would the first 100 days under a Biden administration look like?

Well… that’s not too hard to deduce. Biden’s plans have already been made quite clearly, and in-between his dementia-driven speeches, we can take away some useful hints.

COVID-19: You can bet that Biden will “trust the science” when it comes to ending the pandemic.

But just like the failed war on drugs, his strategy will be to double down on what clearly isn’t working. Near-mandatory face mask mandates, extension of lockdowns that jeopardize millions of small businesses, and making sure at least 100 million Americans are fully vaccinated.

Stimulus: I don’t know if the $908 billion stimulus package being discussed in Congress is going to pass, as we are nearing the date where the government shuts down for the rest of the year.

But I what I do know is that Biden will want more stimulus. At bare minimum, he’ll want to see a package exceeding $1 trillion. And as much as I hate to say it, he’ll probably be the one who pushes the hardest for another round of $1,200 stimulus checks.

Healthcare: Get ready for Obamacare 2.0. Every single thing that Trump did, he will undo and implement the exact opposite. If you hated Obamacare and the whole “if you like your doctor you can keep your doctor” manta, it’s going to come back bigger and worse than ever.

Not much more needs to be said in this domain. Take care of your own health and you won’t have to rely on the broken government system.

Climate change and energy: Yup, the double “C” term that we get shoved down our throats every single day. We’re going straight back to the Paris climate and getting rid of fracking for good. It’s going to be a miserable time for anybody who works in the oil & gas sector.

Overall: Just like his predecessor, Biden will be in the pockets of China, the military industry complex, and Big Tech/Big Pharma. Whatever they ask him to do when the cameras turn off, he will happily play along. All of his speeches about fighting against corporations and special interests will be nothing but theater.

Journalism will experience a slow but very necessary death. We are already seeing this right now – pundits and writers are fawning over ANYTHING he says. Even the most generic motivational tripe has people pissing their pants over somebody who “speaks like a true president” and upholds American values.

Don’t expect anybody to speak about him critically or negatively. At least, not anybody who works for a mainstream outlet. Voices like ours – independent, libertarian, right-wing, conservative – will be quickly and quietly censored and removed through whatever means possible.

Biden now has EVERYONE on his side – media, tech, healthcare, entertainment, you name it. The rest of the population may not be able to see through the smoke and mirrors, but YOU can.

Long story short: If Biden ends up as POTUS, remain vigilant and skeptical. Question everything fed to you by authorities and never stop thinking for yourself.

What do YOU think would happen under the first 100 days of a Biden administration? Reply to this newsletter and share your predictions with us!

When Pfizer and Moderna came out saying their COVID-19 vaccines were “95% effective” based on early clinical trial, I was extremely skeptical. This is completely unheard of in the medical field, and I can’t help but wonder if those results will actually play out in the real world.

It almost sounds too good to be true, but even Forbes isn’t so quick to buy it. They note that the vaccine was approved for emergency use by the United Arab Emirates in September, but there are many more questions than answers:

“The UAE health ministry cited an interim analysis of a late-stage clinical trial involving 31,000 volunteers as the source of its information, though neither they nor Sinopharm provided any data from the trial to validate the claims such as how many participants were infected or how many actually received the vaccine.

With no publicly available data to verify the ministry’s statements, it is hard not to be skeptical of its optimistic outlook. At some point, especially if it is to gain widespread trust from the public, Sinopharm will have to publish the data from its clinical trials.”

Yeah, I’m not buying it. And neither should you – sounds like a lot of hype to get people excited and nothing more.

The COVID-19 Vaccines Make People Rich While HELPING the Rich

You ever wonder who stands to benefit from the COVID-19 vaccine? I mean, REALLY benefit in terms of whose pockets are being stuffed with cold hard cash?

Two groups of people stand out in my mind… first, we have the Big Pharma CEOs and big-wig executives. From CNBC:

The second group of people I have in mind are the rich and wealthy who can “skip the line” to get the COVID-19 vaccines well before the rest of the population. They may not publicly admit this, but they have some unethical ways of being the first ones to get a jab.

The ultra-wealthy have enough money and power to get connected with special doctors and services and have certain exemptions made for them. Some of them might even be sitting on the boards of major hospitals!

All in all, look at where the money is going. Even with hundreds of millions of people suffering worldwide from the global health pandemic, the profiteers just can’t stop hoarding all the money for themselves. Keep that in mind the next time you hear a cute speech about “saving the world.”

Google Will Play a Vital Part in Fighting “Vaccine Disinformation”

Google is notorious for their acts of censorship. If you try to search up any critical information on a topic, you’ll only see websites from “trusted sources” and “official authorities.” You’ll have to go all the way to the next few pages to see alternative news sources share their data – or failing that, you’ll have to resort to using search engines such as DuckDuckGo or Bing.

But now, they’re joining the mainstream media in their effort to squash anything that dares call into question the safety or effectiveness of the COVID-19 vaccines. From Breitbart:

“…tech giant Google is launching vaccine information panels as part of Google Search in an attempt to counter what it considers misinformation and to educate users about vaccination.

The information panel will include information on each individual vaccine and aims to address vaccine misinformation. The panels will also give guidance on how, when, and where people can receive the vaccine. Google has previously used information panels to share information about the coronavirus pandemic in general and provided users with the locations of testing centers.”

Right. They’re definitely going to “share information” but the flip side is that they’ll also shadowban or outright delete other types of information. The last thing they want to see are people who have legitimate reasons to refuse taking the vaccine and have enough influence to convince other people to do the same.

2021: The Year of Prosperity or the Year of Survival?

Usually, December is the time of year when people look forward to what they can achieve and discover in the brand new year. New Year’s resolutions are made, goals are written down, and celebrations are had in honor of all the ups and downs of the closing year.

But for 2021, many Americans see nothing but a dismal future ahead of them. According to a series of statistics published by ZeroHedge:

My advice to you – in light of this dark and depressing news – is to ignore the rest of the world as much as possible and focus on building up your wealth.

It’s a dog-eat-dog world now. Every man, woman and child for themselves. Your only real path towards having an impact on the world is to take care of yourself across every single domain. Physically, mentally, emotionally, and (most important of all) spiritually.

Could Billionaires Give the American Economy $3,000 Stimulus Checks?

If the government isn’t going to give the American people the second round of $1,200 stimulus checks as promised, maybe we should ask the 651 billionaires who have added over $1 trillion to their net worth during the course of the COVID-19 pandemic!

That’s the proposition being put forth by the Americans for Tax Fairness, who shared some frightening statistics about the ever-growing wealth gap between the ultra-rich and the ultra-poor:

“[The $1 trillion wealth gain is] more than it would cost to send a stimulus check of $3,000 to every one of the roughly 330 million people in America. A family of four would receive over $12,000. Republicans have blocked new stimulus checks from being included in the pandemic relief package.

[The $1 trillion wealth gain is] Nearly four times the $267 billion total in stimulus payments made to 159 million people earlier this year.

At $4 trillion, the total wealth of all US billionaires today is nearly double the $2.1 trillion in total wealth held by the bottom half of the population, or 165 million Americans.”

It’s almost disgusting when you think about it. But hey, if these billionaires have any sense of empathy or heart, maybe they’ll use some of their wealth to help out the less fortunate. I’m not suggesting we tax these people to death, yet I don’t believe it’s unreasonable to ask them to chip in and help save the very economy they directly benefit from.

What do YOU think about this proposal? Should billionaires participate in helping people receive stimulus checks with the wealth they’ve gained? Reply to this newsletter and let us know what these billionaires should do!

Country diary: my heart dances with the daffodils

admin - April 2, 2020 0
At the entrance to Letah Wood, a loud-voice wren trills from an ivy perch and silver birches reach up into a blue sky. Believed...

A collective solution to Covid-19 and climate change | Letters

admin - March 29, 2020 0
Capitalist orthodoxies fail in the face of "a crisis that can only be endured and resolved by rediscovering the virtues of collectivism and solidarity",...

admin - December 18, 2020 0
Strong currents have taken hold of a massive Antarctic iceberg that is on a collision course with South Georgia island, causing it to shift...

‘No one comes’: the cruise ship crews cast adrift by coronavirus

Airlines lobby to rewrite carbon deal in light of coronavirus

admin - April 8, 2020 0
Airlines are lobbying to rewrite the rules of a global agreement designed to tackle aviation emissions, with the coronavirus outbreak expected to make its...
© Copyright www.thepoliticalplaybooks.com