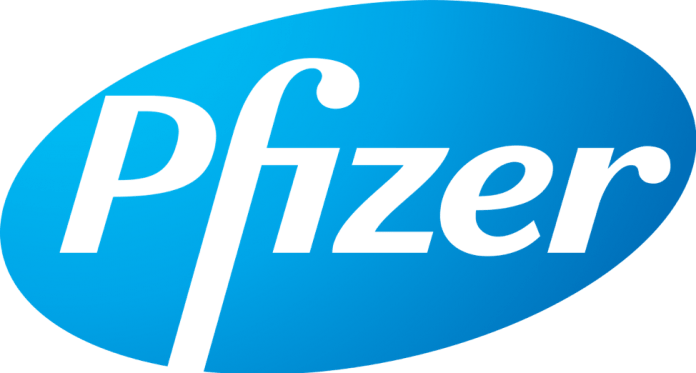 Late Friday night, news broke out that the Food and Drug Administration has officially approved Pfizer and BioNTech’s COVID-19 vaccine for emergency use approval in individuals who are older than 16 years old.

FDA Commissioner Stephen M. Hahn released a statement regarding this news, which now makes America the fourth country to have granted regulatory approval to the vaccine:

“The FDA’s authorization for emergency use of the first COVID-19 vaccine is a significant milestone in battling this devastating pandemic that has affected so many families in the United States and around the world.

Today’s action follows an open and transparent review process that included input from independent scientific and public health experts and a thorough evaluation by the agency’s career scientists to ensure this vaccine met FDA’s rigorous, scientific standards for safety, effectiveness, and manufacturing quality needed to support emergency use authorization.”

Now supposedly, Hahn was under a LOT of pressure to approve the vaccine. According to AP News, unless Hahn cleared the vaccine for release, he was told by White House Chief of Staff Mark Meadows hours before the announcement that he would be fired if he didn’t speed up the approval.

But as always, this might be fake news. Hahn himself has spoken out against this reporting and said that Meadows did not issue this threat to him.

While fellow pharmaceutical rival Moderna also has their COVID-19 vaccine being review by the FDA and could receive approval late this week or early next week, all eyes are on Pfizer right now.

Despite their refusal to acknowledge Operation Warp Speed in helping them distribute and develop their vaccine, they’re working 24/7 to get as many doses out to the American public as possible.

From The Epoch Times:

“US distribution of the newly approved COVID-19 vaccine will begin on Dec. 14, according to officials with Operation Warp Speed. UPS and FedEx are helping ship the vaccine, which was created by U.S.-based Pfizer and Germany-based BioNTech.

Put another way, you’re going to see a couple of doses arrive at several healthcare facilities TODAY. Even though this vaccine needs to be stored at -70 degrees Celsius, authorities have found a way to safely distribute it nation-wide.

The first in line to get the vaccine will be those who need it most – high-risk seniors, essential workers, and anybody who works in healthcare.

But don’t rest on your laurels just yet. Everyone in the media is advising us that a vaccine won’t be enough to end the pandemic. We’ll still have to shut down businesses, socially distance from one another… and yes, wear the freaking mask.

Fasten your seatbelts and say your prayers. This vaccine will singlehandedly change the course of American history for the next 90 days.

What do YOU think about the FDA approving Pfizer and BioNTech’s COVID-19 vaccine? Is it about time they did so, or was it way too soon? Reply to this newsletter and share your thoughts with us!

Bell’s Palsy: An Unfortunate Side Effect of Pfizer’s COVID-19 Vaccine!?

If you’ve never heard of Bell’s palsy, it looks a little like the picture above. One side of your face either becomes stiff like a rock, or droops like a melting candle.

According to ZeeNews, “Bell’s palsy is a form of temporary facial paralysis. The person suffering from Bell’s palsy develops temporary weakness or paralysis of the facial muscles. The paralysis usually occurs when a nerve that controls the muscles becomes inflamed, swollen or compressed.”

From the same outlet, it is being reported that four volunteers in Pfizer’s clinical trials for the COVID-19 vaccine developed this nasty side effect.

Pfizer responded to this incidence once it spread like wildfire on social media, saying the following:

“I can appreciate the concern, but I’m going to defer to scientists and the experts that look at the data in totality. And from what I understand, they say that that incident is on par with the normal population, and therefore, it is considered to be statistically insignificant.”

Nice world salad there, chief. Instead of taking these concerns seriously or diving deeper into how this happened, you’re just going to brush it off and pretend like it isn’t a big deal.

Expect many more concerns and reports about side effects to arise as the clinical trial data for the vaccine becomes public. But of course, by then, it may already be too late…

Well, it looks like the anti-vaxxers aren’t the only ones who are seriously concerned about the side effects of the newly approved COVID-19 vaccine from Pfizer and BioNTech. Among one of these voices with a respectable level of credibility is Dr. Eric Caumes, the head of the epidemiology unit at the La Pitié-Salpêtrière hospital in Paris, France.

After reviewing the data from Pfizer, he had the following comments to make:

“I’m one of those promoting vaccine the most… I’m even convinced vaccine is the only think that can get ourselves out of a bind.. .I’ve never seen such a high rate of side effects for a vaccine.

There may be a problem in the Pfizer vaccine… The rate of adverse effects is exceptionally high. There are more side effects in young people than elderly people, and even more after the second dose than the first one.

If one messes up, the entire vaccinology history will be brought into disrepute. Today, we feel like we have to choose a side. Everything is not black or white, it can be grey and we shall say so.”

Dr. Caumes even trusts the vaccine coming out of CHINA more than he trusts the Pfizer and BioNTech vaccine. That should speak volumes about how the acceleration of scientific progress can sometimes come at the expense of our personal health.

Myself, I’m not injecting a single drop of that poison into my body until I see VERIFIED long-term studies proving the vaccine is safe. As someone who is healthy and does not have any co-existing morbidities, it literally will not kill me to wait.

But let’s hear it from you: Will YOU take the COVID-19 vaccine as soon as possible, or are you going to wait until all the bugs are fixed? Reply to this newsletter and share your decision with us!

How Many COVID-19 Vaccines Will Pfizer Distribute by the End of 2020!?

With efforts already underway to get the Pfizer and BioNTech COVID-19 vaccine out to the world as quickly as possible, you have to wonder what their timeline is.

As it turns out, their end goal is incredibly ambitious:

Let’s take a second and think about these numbers… as you may already know, a full COVID-19 vaccine treatment consists of two full doses delivered a month apart. So if we do the math and assume there aren’t any hiccups:

Is it even possible for them to do this? Considering the multiple billions of dollars at stake for the company, on top of the relentless pressure to restore the American economy, they will stop at absolutely nothing.

And neither will the government. Or the hospitals. Or the private companies who want all of their employees to get vaccinated ASAP. Whether you like it or not, everyone and their mother is going to have this stuff put in their bodies. And it most likely won’t be because they want to, but rather since they’ll likely HAVE TO in order to keep their jobs…

A National Vaccine Injury Compensation Program Is Being Launched by Canada

Canada has never been one to lead the world in its vaccine research, but they certainly want to be the first ones to cover their tracks.

Prime Minister Justin Trudeau gave a conference on Thursday that announced the launch of a vaccine injury compensation program for Pfizer and BioNTech’s COVID-19 vaccine recently approved by Health Canada:

“Serious side-effects are incredibly rare… the very unlikely event of an adverse reaction though, we want to make sure Canadians have fair access to support.

So today, I can announce that we’re creating a federal support program around vaccine safety for all Canadians and for all vaccines. This includes COVID-19 vaccines that will be rolled out soon.”

No details have been released to date on the amount patients would be eligible to if they sustain a permanent injury, let alone how one would qualify for compensation.

Something is really fishy here. Either the Canadian government KNOWS the vaccine is deadly and wants to save their asses in advance, or the amounts people will be asking for in the event of a vaccine injury are incredibly high and require high amounts of compensation (i.e. dollars provided to the government by the taxpayers).

The USA doesn’t need to do any of this though, because they have an entire vaccine court system meant to shut up anybody who dares to report harmful side effects of vaccines. Yet I can’t help but predict they’ll have a lot of “work” on their plates, along with the lawyers who retain clients for ludicrously expensive legal fees…

admin - November 20, 2020 0
A jaguar that was struck by a car in June is pictured after being released at the Sian Ka'an Biosphere Reserve in Chetumal, Mexico Photograph:...

admin - June 12, 2020 0
A cuckoo holds a grub in its beak near Horsham in the south of England Photograph: Glyn Kirk/AFP/Getty An owa or white-handed gibbon hangs on a...

admin - March 13, 2020 0
About 150 people have been killed or are missing following record-breaking heavy rains, landslides and flooding in three Brazilian states this year. Scientists say global...

Which weird Australian fuzzy mammal you are possibly unfamiliar with is your favourite? Let’s...