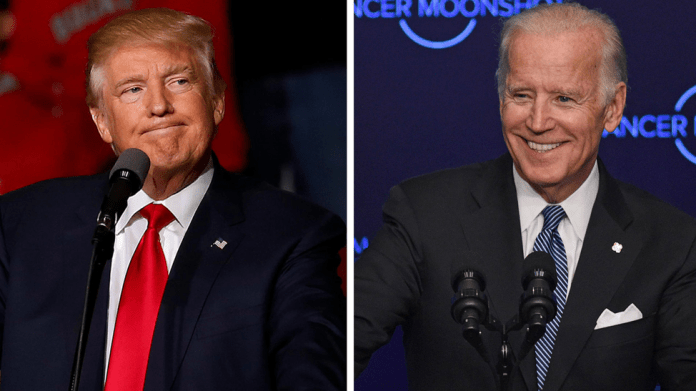 Such was the result of all of the ballots being cast by individual state electors all of yesterday. These votes will be certified again on January 6th, and if they hold, Biden will be inaugurated as President of the United States on January 20th unless something crazy happens.

A literal miracle has to happen in order for Trump to overturn the results and prove – beyond a shadow of a doubt – that the election was fraudulent and very clearly stolen from him. He will need to have objections from several Senators and House members in the key battleground states in order to have a fighting chance.

Biden gave a victory speech at around 7:30pm EST to the public, following the official results being tallied up. It was a short 14 minutes, but it was by far the most painful 14 minutes of my life in a very long time.

Just take a look at the main highlights… if this is any preview of what a Biden administration will look like for the next four years, may God help us all:

“In America, when questions are raised about the legitimacy of elections, those questions are resolved through the legal processes. And that’s precisely what happened here … all the counts were confirmed … none of this has stopped baseless claims.

The [Supreme] Court sent a clear signal to President Trump that they would be no part of an unprecedented assault on our democracy … Trump was denied no course of action he wanted to take … respecting the will of the people is at the heart of our democracy.

Every single avenue was made available for President Trump to contest the results. He took full advantage of each and every one of those avenues. President Trump was denied no course of action he wanted to take.”

There was a lot of slurring, excessive pausing, and overall stammering. The man was barely coherent and I seriously fear for his health in the immediate future.

And so far, not a single mainstream journalist has criticized him with a fraction of the scorn and skepticism that President Trump has had to endure for the past four years. Every press inquiry I’ve seen makes the entire industry of news and reporting look like a complete and utter joke.

Trump’s FINAL hope lies in the GOP electors within battleground states who have put in their vote for the POTUS. That, or some wild doomsday event where the military intervenes and seizes all of the voting assets.

What do YOU think is going to happen over the next 3 weeks? Does President Trump still have a shot at staying in the White House for four more years? Reply to this newsletter and tell us what you believe is going to happen!

Who Won’t Take the COVID-19? 40% of UK Healthcare Workers

If you are appalled in any way by the sharp division in America between people who will take the COVID-19 vaccine and people who will refuse it, you should see what’s happening in the UK right now.

According to National Care Association chairman Nadra Ahmed, this division is no different among health care workers:

“We know that between 50% and 60%, depending on individual services, or actually the staff, are saying that they will definitely have a vaccine and are very keen.

We understand between about 17% and 20% of staff in services are saying they definitely won’t have it… and then you’ve got the rest who’re waiting to see.

I think in the NHS they’re incentivized to have it, which seems quite perverse in some ways… we can’t make people, it’s not in their contract currently that they have to have these vaccines.”

So based on the numbers she’s reporting, roughly 40% of health and social care workers in the UK are adamantly against the COVID-19 vaccine (for now). Their main reasons have to due with a lack of certainty about how long immunity will last and the incomplete side effect profile. All perfectly legitimate questions to ask in theory… but not according to the mainstream media!

Here Come the Side Effects of Pfizer’s COVID-19 Vaccine in 10-15% of Patients!

I was reading this article on CNBC that featured comments from Operation Warp Speed leader Dr. Moncef Slaoui. In summation, there were “significantly noticeable” side effects in 10-15% of the volunteers who took the COVID-19 vaccine from either Pfizer or Moderna:

“The longer, more important kind of adverse events such as some autoimmune disease or others have not been reported in a different way between the placebo group and the vaccine group in these two trials, which is very reassuring.

I always make sure we say that [while] we know the short term and I’m going to call it midterm effects of the vaccine is now well understood, the very long-term safety is not yet understood by definition.”

These side effects include: headaches, chills, fever, muscle aches, exhaustion, and pain/redness at the site of injection. Now supposedly, it takes up to 48 hours for these side effects to gradually disappear. And already we have several prominent physicians warning us that feeling bad should NOT exempt us from taking the second dose.

(If you recall, both Pfizer and Moderna advise two full doses of their vaccine spaced a month apart for optimal results). AGAIN: The full clinical trial data for both COVID-19 vaccines have yet to be published in a medical journal. And while it may give us some insight into immediate side effects, we have no way of knowing the severity or extent of long-term side effects. Infertility, immune disregulation… in a sense, we are the guinea pigs for a rushed vaccine.

Will Moderna’s COVID-19 Vaccine Get FDA Approved This Week?

Last Friday was the day when the FDA officially announced they would grant Pfizer and BioNTech’s COVID-19 vaccine “emergency use approval status” after reviewing it the day before. And just yesterday, vaccine doses were shipped out and the news broadcasted the first person in the US to receive it.

But according to the rumor mill, it turns out that Moderna is up next to bat on Thursday afternoon. From MarketWatch:

“The committee is scheduled to meet again on December 17 to discuss the risks and benefits of Moderna’s experimental coronavirus vaccine, which is also a mRNA vaccine, before they vote on whether the FDA should authorize the vaccine.

The meeting will be webcast and is scheduled to be held from 9am to 6pm ET. Shares of Moderna, which was founded in 2010 and has never had a product approved or authorized by the FDA, have soared 695.4% so far this year.”

My guess is that Moderna will get emergency use approval from the FDA. Just like Pfizer, they’ve claimed their vaccine candidate to be >90% effective with only minor side effects. With the state of the COVID-19 pandemic as it is right now, it would arguably be beneficial to have TWO vaccines in distribution.

Might as well buy stock in both pharmaceutical companies – if they’re going to profit multiple billions of dollars per year from the vaccine, we should get a piece of the pie too!

Bill Gates: “We Should Stay in Lockdown Mode Until 2022”

Isn’t it funny how the same person who founded Microsoft is now one of the world’s “leading authorities” on vaccinations? And isn’t it even hilarious that the billionaire is advising the rest of the world to stay in lockdown for ANOTHER year!?

I think it’s tragically comedic, if not outright disgusting. Bill Gates was recently interviewed on CNN to give his comments about what 2021 will look like. In other words, an expected timeline for when we can drop the restrictions and the wearing of face masks:

‘Well, sadly, the next four to six months could be the worst of the epidemic… Bars and restaurants in most of the country will be closed as we go into this wave, and I think sadly that’s appropriate… You don’t want somebody you love to be the last to die of coronavirus.

Certainly, by the summer we will be way closer to normal than we are now – but even through early 2022, unless we help other countries get rid of this disease and we get high vaccinations rates in our country, the risk of reintroduction will be there.

But we can see now that somewhere between 12 to 18 months, we have a chance, if we manage it well, to get back to normal.”

Fantastic! This is what the world needs – more economic slowdown and a heavily restricted way of life. A very easy position to hold when YOUR salary and livelihood isn’t on the line, all while your net worth has exploded exponentially.

It’s almost as if those who are profiting from the COVID-19 pandemic are the ones encouraging the lockdowns to go on for as long as possible.

What do YOU think about Gates’ comments? Will we really be in lockdown for the entirety of 2021, or can we escape this pandemic within the next six months? Reply to this newsletter and share your thoughts with us!

As of Yesterday, Indoor Dining in New York City Is Shut Down

New York Governor Andrew Cuomo, while begging the federal government for financial aid to bars and restaurants, has officially shut down indoor dining for the second time this year as of Monday morning.

What makes this decision so outrageous is that 74% of COVID-19 cases in the state of New York can be attributed to gatherings of a social and private nature. Only 1.4% of all cases over the last 3 months can be singlehandedly explained by bars and restaurants. The real-life of equivalent of throwing out the baby with the bath water.

In other words… despite restaurants bending over and doing every single thing asked of them by the state and federal government, they are still getting f*cked at the end of the day. The business owners are no longer able to pay their bills, and neither can their employees.  They would offer outdoor dining if they could, but we’re in the middle of December.

Meanwhile, NYC Mayor Bill de Blasio is warning New Yorkers that a “full shutdown” could be coming within the next few weeks. Something much worse than the initial lockdowns implemented in March.

BooHoo shares tumble amid reports of possible US import ban

Why Britain’s 2.5 billion paper coffee cups are an eco disaster

admin - April 26, 2020 0
Britain gets through 2.5 billion of them every year, and the number is set to increase. But despite a growing clamour for coffee chains...

admin - January 18, 2021 0
Rescinding permit is on list of executive actions thought to be scheduled for first day in officeJoe Biden is planning to cancel the permit...

admin - October 18, 2020 0
From coral farming to 3D printing, scientists are using novel methods to save a vital part of our ecosystemFor most of us, the colourful,...

admin - April 2, 2020 0
The decline of the house sparrow in British gardens appears to be reversing, according to the latest RSPB national garden survey.As well as a...
© Copyright www.thepoliticalplaybooks.com