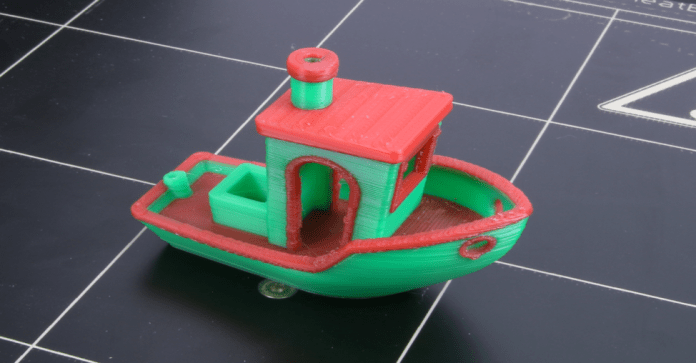 After maintaining a notoriously strict quarantine policy for all forms of travel, the government of the United Kingdom has decided to relax it two days aago: Instead of having to self-isolate for 14 days, travelers will now have to isolate for 10 days.

This news comes on the brink of COVID-19 cases starting to shrink in Northern Ireland and most areas of the UK as a whole. And it also applies to individuals who test positive while residing in the UK.

However, this new announcement didn’t come without a very obvious drawback: The government went a step beyond and allowed for the quarantining period to be reduced from 10 days to 5 days as they launched their new private COVID-19 testing service.

Too much of a good thing is a very real phenomenon, as The Financial Times reports:

“Many of the 12 providers approved by the government admitted they had already run out of tests, some websites crashed and others were not yet ready to receive booking.

…the providers approved by the government were left struggling on the first day of the program when prospective passengers tried to access more information through the Department for Transport website.

…if they had thought about it a bit more, they might have decided not to launch this directly in the Christmas period when there’s the potential for a perfect storm.”

Putting aside the lack of preparation by both the government and the private testing companies, this is incredibly good news for the travel industry as a whole.

Developing the ability to accurately and rapidly test individuals for COVID-19, while making measures for positive tests far less punitive in nature, is exactly what we need in order to resurrect passenger demand from the grave.

Plus, this is only a single day’s worth of news. It is well within the realm of possibility for testing companies to adjust for the excess demand and get everyone tested in time for the holiday season. Lots of people want to travel and it would be very foolish for these companies to shut down and bundle up in a corner.

I really hope this initiative encourages other governments worldwide to take on this new movement of relaxing travel restrictions. Canada in particular, as they’ve been even stricter than the UK in maintaining their 14-day quarantine rule.

What do YOU think about this exciting news from the UK? Will lowering the quarantine period to five days be the big change they needed all along? Reply to this newsletter and share your thoughts with us!

Meanwhile, London Is Locked Down Under the STRICTEST Rules Yet!

It’s probably a good thing travel restrictions in the UK have been relaxed, as the city of London itself is now under a more severe lockdown. Turns out the largest and most popular city in the UK can’t get the spread of COVID-19 under control.

Here are the new rules pertaining to this lockdown, which start today:

Nobody knows for sure why COVID-19 is still continuing to make its presence known, but some scientists are attributing the cause to a brand new mutated strain of COVID-19.

One where its rate of spread and deadliness relative to the original virus is unknown, but will hopefully be just as responsive to Pfizer’s COVID-19 vaccine that was recently approved. For the sake of the Brits, let’s hope things get better in the near future!

Canada might be done for. I don’t want to foretell what will happen in the future, but when you add an authoritative government together with a very submissive population, you get something eerily close to what’s going on in China… or the former Soviet Union.

According to the Western Standard Online, the city of Calgary, Alberta is now going to have face masks become MANDATORY for a full year:

“Mayor Naheed Nenshi led Calgary’s City Council in voting to extend the mandatory mask bylaw for a year and double fines for non-compliance. Under the new bylaw, masks will be mandatory in most non-residential places until December 2021.

Calgary’s move to extend the bylaw came after Alberta’s UCP government imposed a province-wide mandatory mask law and full lockdown that will last at least into the new year.”

Fortunately, with the exception of Edmonton, other cities in Canadian have not fallen victim to this level of control yet. But if it can happen in a major city, the precedent is now set for the bigger cities in Canada to enforce the same rulings.

The Majority of Israelis Say “NO” to the COVID-19 Vaccine

There is a growing trend worldwide where law-abiding citizens are expressing a great deal of skepticism about the newly rolled out COVID-19 vaccines. Some of us more than others, but the Israelis seem especially resistant to getting vaccinated.

“Poll after poll continuing to show that up to 75% of Israelis claim to refuse vaccination entirely, believing that the rush to approve the vaccines comes at the expense of proper safety usage. Particularly into the long-term effects of the vaccine’s evolutionary method of operation.

To try and tip the scales though, the health minister is already outlining the basic tenets of the government’s vaccine incentives program.

Under the plan, vaccinated individuals would receive a so-called green passport that would afford a number of benefits and advantages, such as not needing to quarantine when returning from abroad, as well as permitting entry into cultural events, restaurants, and more.”

Ouch. That’s not good news for the government, and it flies against the face of how vaccines work: It takes a MAJORITY of the population to get the vaccine in order to reduce the spread of the disease.

But what about you – how do YOU feel about getting vaccinated for COVID-19? Will you take it or refuse it? Reply to this newsletter and let us know what you’re going to do!

It’s one thing to stay in a hotel for one week, or even two weeks. But how about an entire year of living in a fancy luxury hotel?

The Hyatt Regency Bankogk Sukhumvit in Bangkok, Thailand is offering people this opportunity through their brand new “One Million Baht Club” program and it comes with several perks:

The program can be booked as of right now until March 31st of next year, and the stays begin the very next day. It’s the perfect opportunity for a digital nomad who wants to pay one larger upfront cost for a guaranteed one-year stay in a prime international real estate location.

A “Travel Bubble” Will Open Up in Singapore Next Month…

Singapore has been out of the news lately, and for a very good reason: They will enter the final phase of re-opening their economy on December 28th as new daily COVID-19 cases are now less than 30.

And as a result, they can finally restore their tourism sector and restart what makes a large chunk of their economic success. From Forbes:

“Singapore will allow a limited number of business, official and high economic value travelers from all countries to come to the city-state and stay at dedicated facilities under a ‘bubble’ arrangement… Travelers who qualify will be allowed into Singapore from the second half of January for up to 14 days.

The travelers will reside in dedicated facilities and undergo testing several times during their two-week stay while observing all existing safety measures. While in the ‘bubble’ facility, travelers can conduct meetings behind floor-to-ceiling dividers, which will reduce the risk of any infection.”

To be completely honest with you, I have mixed feelings about this. There’s no word on how big the “bubble” will be, and there’s no telling how much physical freedom travelers will have.

So unless you absolutely have to travel to Singapore, you’re better off waiting until the economy is fully re-opened to international visitors.

admin - March 27, 2020 0
The shutting down of society as we know it is giving a lot of time for reflection, not least in fashion circles. In an...

Country diary: how wayside walnuts grew to benefit the community

admin - August 15, 2020 0
Rub a walnut leaf between your fingers and it releases an exquisite perfume. Some say the smell is reminiscent of furniture polish, but I...

My allotment was once a casual hobby. Since lockdown, it’s become a lifeline |...

admin - July 11, 2020 0
Smugness is a well-documented side-effect of having an allotment, and at this time of year, with raspberries, gooseberries, currants, new potatoes and other goodies...

admin - June 4, 2020 0
Airlines, carmakers and oilfield engineers have benefited by billions from the government's economic rescue plans, despite ministers' assurances on a green recovery from the...

‘An alarmingly familiar picture’: UK on course to miss most biodiversity targets

admin - October 15, 2020 0
The UK is failing on its long-term biodiversity targets and seeing "relentless" declines in wildlife, according to government data that shows public sector investment...
© Copyright www.thepoliticalplaybooks.com