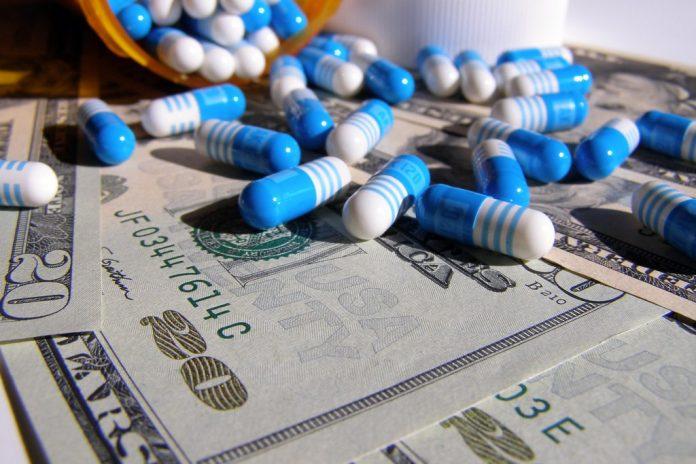 Get a load of this story I just saw on my news feed from Reuters, showing that the pharmaceutical industry has no shame whatsoever in emptying our pockets further during a pandemic:

“Drugmakers including Pfizer Inc, Sanofi SA, and GlaxoSmithKline Plc plan to raise U.S. prices on more than 300 drugs in the United States on Jan. 1, according to drugmakers and data analyzed by healthcare research firm 3 Axis Advisors.

…The companies kept their price increases at 10% or below, and the largest drug companies to raise prices so far, Pfizer and Sanofi, kept nearly all of their increases 5% or less”

“The increases come as pharmaceutical companies like Pfizer are playing hero by developing vaccines for COVID-19 in record time. The hikes could help make up for lost revenue as doctors visits and new prescriptions plummeted during the global lockdown.

Pfizer plans to raise prices on more than 60 drugs by between 0.5 % and 5%. Those include roughly 5% increases on some of its top sellers like rheumatoid arthritis treatment Xeljanz and cancer drugs Ibrance and Inlyta.

Pfizer said it had adjusted the list prices of its drugs by around 1.3% across all products in its portfolio, in line with inflation.”

Disgusting. EVEN with an FDA-approved COVID-19 vaccine that will generate multiple billions of dollars in profit this year, they clearly aren’t satisfied. Pfizer just wants to keep on taking and taking until there’s nothing left.

What do YOU think about this unsavory practice from the pharmaceutical industry? Should they be allowed to increase drug prices during a time where millions of Americans are financially sruggling? Reply to this newsletter and share your thoughts with us!

“I’m Too Sick to Work Today,” Says Millions of Americans

We now have TWO employment-related issues in America. The first one has been obvious all along, which is the increasing rise in unemployed workers due to the destruction of small businesses nation-wide and several layoffs/furloughs from big companies.

But there’s a second one that hasn’t been talked about until now: People who do not show up to their jobs due to calling in sick. Bloomberg reports on this new phenomenon:

“Whether it’s because they have Covid-19 themselves, are worried about getting it or are taking care of someone who already has it, the number of workers who’ve missed days on the job has doubled in the pandemic.

What’s more, unlike the jobless rate, which has steadily declined from its April peak, the rate of absenteeism — as it is called by economists — has remained stubbornly high. Almost 1.8 million workers were absent in November because of illness, nearly matching the record 2 million set back in April, according to Labor Department data.”

The consequences of job absenteeism are quite straight forward: Inhibited economic recovery, disruptions in supply chains, limited output, and many more losses for America in the billions of dollars. As you can imagine, this effect is most devastating to the manufacturing industry and any other job relying on a consistent physical presence of the worker.

Is the boom in communal living really the good life?

From dolphins to rewilding: 11 environment-aware holidays for 2021

admin - December 4, 2020 0
In a long-awaited move from the Trump administration, the US has proposed critical habitat protections for twelve coral species in the Caribbean and Pacific...

Wandle wander: a walk along my south London chalk stream

admin - November 8, 2020 0
England is home to 85% of these often-pristine rivers – some running through our suburbs – but we may lose chalk streams unless we...

admin - August 13, 2020 0
Large swathes of Germany's farmland are being decimated by plagues of field mice leading to significant crop loss, according to the country's national farming...

admin - May 19, 2020 0
Carbon dioxide emissions have fallen dramatically since lockdowns were imposed around the world due to the coronavirus crisis, research has shown. Daily emissions of the...
© Copyright www.thepoliticalplaybooks.com