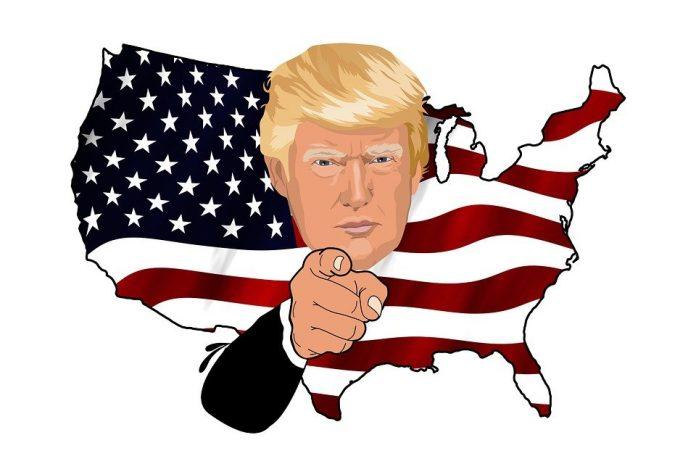 January 6th is TWO DAYS FROM NOW – are you excited for the big day?

You should be. Regardless of the outcome, the final certification of the Electoral College votes for the (fraudulent) 2020 Presidential Election is going to be an absolute blast. Ground sources, if taken at their word, are saying there will be a million or more patriotic Americans assembling in Washington, DC to see the event live.

And with President Trump promoting January 6th as the day where he will deliver a grand speech to everyone who attends, it’s a once-in-a-lifetime event you don’t want to miss.

What would have been an otherwise boring day in recorded history is now the #1 conversation worldwide. Especially since we’re going to have quite a handful of Republicans fighting against the results, per CNN:

“Two Republican members of the House of Representatives tell CNN that they expect at least 140 of their GOP colleagues in the House to vote against counting the electoral votes when Congress is expected to certify President-elect Joe Biden’s victory… Both a House member and senator are required to mount an objection when Congress counts the votes.”

The article went on with the usual nonsense about how there is absolutely zero evidence of voter fraud or election tampering, Biden’s inauguration on the 20th is inevitable, Trump is delusional, blah blah blah.

I don’t know if that number will prove to be true on January 6th, but we do have names of people who have publicly stated they will fight the results. From ZeroHedge:

…‘Congress should immediately appoint an Electoral Commission, with full investigatory and fact-finding authority, to conduct an emergency 10-day audit of the election returns in the disputed states. Once completed, individual states would evaluate the Commission’s findings and could convene a special legislative session to certify a change in their vote, if needed,’ the eleven Senators said in a statement.”

We also know that Republican Senator Josh Howley will be doing the same, so that makes twelve. There could be several more people jumping in at the last minute today, and who knows how many unannounced representatives will make a surprise objection on the day of the big event.

All I know is that I’m going to be tuned in all day on the 6th to see the chaos unfold. And if you’re deeply concerned about what the next four years in America are going to look like, so should you.

I’m curious to know: Will YOU be watching the certification of the Electoral College votes on Wednesday? Better yet, will you personally be there in Washington DC? Reply to this newsletter and let us know what your plans are!

HUNDREDS of Israelis Get Pfizer’s COVID-19 Vaccine… Only to Test POSITIVE for COVID-19!

Last week, there was a one-off incident where a male emergency nurse tested positive for COVID-19 just eight days after receiving the vaccine from Pfizer and BioNTech. The media was very quick to dismiss this event as a “black swan” in order to stop skeptical minds from asking any further questions.

That would be true… if it wasn’t for this bombshell story that came out from Times of Israel, a media outlet based in Israel. ZeroHedge reports on the main findings of the story:

“…over two hundred Israeli citizens have been diagnosed with the disease days after getting the Pfizer/BioNTech shots. The number of those who got COVID-19 despite being vaccinated was at around 240 people.”

“…while the Pfizer/BioNTech vaccine doesn’t contain the coronavirus and can’t infect the recipient, time is needed for the genetic code in the drug to train the immune system to recognize and attack the disease… According to the studies, immunity to COVID-19 increases only eight to ten days after the first injection and eventually reaches 50%.”

Unlike the United States or the United Kingdom, Israel has had a very aggressive yet successful approach to getting as many people vaccinated as possible. Rather than have to deal with a population of +300 million, they have just 9 million Israelis to worry about.

Put another way, Israel is giving the world a preview of what we can expect to happen once “mass vaccination” actually takes place…

TWO COVID-19 Vaccines Approved by India – Can You Guess Which Ones?

The first is AstraZeneca-Oxford, who has yet to submit an application to the FDA for investigative review. The second is from Bharat Biotech, a local pharmaceutical firm.

And it’s about time they did so, considering the dire situation they are in. From Asia Times:

“India is the world’s second most-infected nation with more than 10.3 million cases and almost 150,000 deaths, although its rate of infection has come down significantly from a mid-September peak of more than 90,000 cases daily.

The approval is expected to kick off one of the world’s biggest vaccination drives in the country of 1.3 billion people.

…The government has already been holding nationwide drills ahead of the mass inoculation drive and 96,000 health workers have been trained to administer the shots.

…The Serum Institute of India, the world’s biggest manufacturer of vaccines, has said it is making between 50 and 60 million doses a month of the AstraZeneca/Oxford vaccine.”

Best of luck, India! I just hope these newer vaccines are much safer and more effective than whatever Pfizer and Moderna have released onto the world…

A 32% Drop for Moderna Shares in December – What Happened!?

You didn’t expect to read that headline, did you? You would have anticipated a 32% GAIN in the month of December, considering all the showering of praise and positivity Moderna has received from the mainstream media.

Unfortunately, shares and the stock market do not act rationally. And Moderna’s shares are no exception to the rule, according to The Motley Fool:

“We can attribute Moderna stock’s 32% drop last month to profit-taking. After all, shares were up a whopping 581% in 2020 through the end of November, so it wasn’t surprising that some investors took some money off the table in December. Moderna stock ended the year with a 434% gain.

…the stock had a sharp run-up in November. It skyrocketed 126% in that month, driven by a string of great news about mRNA-1273, which was then a messenger RNA-based vaccine candidate. On Nov. 30… ‘It found its vaccine candidate to be 94.1% effective in preventing COVID-19, and it uncovered no serious safety concerns’.

Then on Dec. 18 came ‘the big news’: Moderna announced the FDA had authorized the emergency use of mRNA-1273. Shares, which had been moving downward throughout December, fell nearly 3% that day. The reason shares dropped on such terrific news is that this news was widely expected and already priced in during November.”

But for the head honchos at Moderna, this is a nothing-burger. The multiple billions of dollars in profit they’ll be making in 2021 will more than offset whatever share losses they endure. Must be nice to exist as a multi-national corporation in today’s world!

Was December the Month Where Jobs in America Were LOST?

Could it be that the fantastic bull run of 2020 is coming to its eventual end? According to several economists and analysts, we may be on the fast track towards a market plateau. From MarketWatch:

“The US economy stumbled toward the finish line as 2020 ended, with the recovery from the coronavirus pandemic slowing, putting it in danger of losing jobs for the first time since the pandemic erupted last spring.

Wall Street predicts a small increase in job creation in December when the government issues its final monthly employment report for 2020 next Friday. But economists’ forecasts are all over the map: Estimates range from a modest gain of 200,000 jobs to a decline 175,000 that would mark the first drop in seven months.

…The economy has only recovered just over half of the 22 million jobs destroyed in the first two months of the pandemic and hiring fell off sharply in the waning months of 2020. Even the surprising drop in the unemployment rate to 6.7% — from a pandemic peak of 14.7% — underestimates the recovery in the labor market.”

We’ll know the answers for sure when the Non-Farm Employment Change numbers get released this Friday at 8:30am, along with the true unemployment rate. And when they do, get ready for the stock market to go WILD!

After all… the big banks and institutional traders have returned from the holidays, ready to outdo their already-legendary performance in 2021. 😉

I just saw this viral video on where French police in Gatineau, Quebec (a province of Canada) were violently arresting people who were having a home gathering. CNN reports on what happened:

A woman was also arrested for refusing to identify herself, but she was released as soon as she complied, Leduc said. Police said it’s possible the woman could face charges.”

More relevant details emerged about the story over time:

It can happen to Canada, and it can most certainly happen to America. The boys in blue have lost whatever little public respect they had, although I suspect this outcome happened long ago during the violent riots and protests that happened last summer.

What do YOU think about this horrific story? Did the adults attempting to have a normal New Year’s celebration deserve to be arrested, treated like garbage, and issued outrageous fines? Tell us how you feel by replying to this newsletter!

I changed my banking and super out of climate anxiety. Was it a smart...

admin - February 1, 2021 0
One year ago Jessica Hamilton divested from fossil fuels. Here’s what she has learned sinceThis time last year I changed my banking and superannuation,...

Banks and pension funds among investors bankrolling meat and dairy

admin - July 9, 2020 0
Banks, investors and pension funds have poured billions into the world's largest meat and dairy companies over the past five years, a new report...

admin - April 1, 2021 0
For years, plastic caught by fishing communities on the Kollam coast in India's southern state of Kerala was thrown back into the water, damaging...
© Copyright www.thepoliticalplaybooks.com