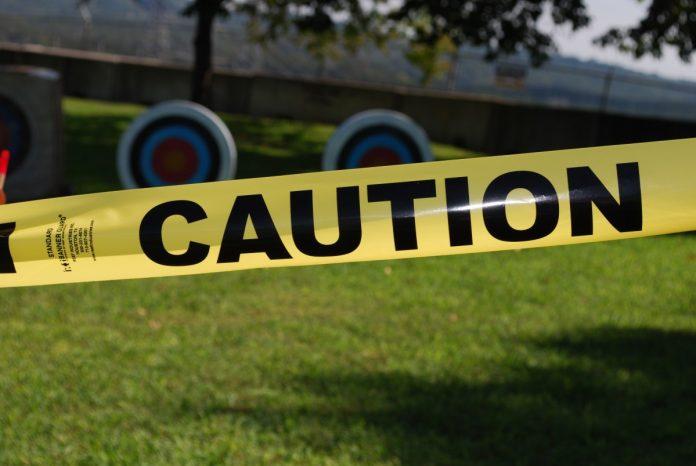 The Financial Post is a personal finance outlet made by Canadians, for Canadians. They rarely get into politics and controversial topics unless there is a clear financial angle worth talking about.

In a post published right on New Year’s Eve, writer Howard Levitt outlined seven scary ways in which the modern-day workplace will change. Each one of them is just as frightening as the other, pointing towards a very dystopian future where the only way “out” is to become an un-fireable sovereign man (or woman).

Change #1: You can continue working at home but it will “cost” you

“Return to work or continue to work remotely but with a 30% cut in salary (or any amount the employer selects). If the employee has the option of coming to the office at the same remuneration, there is nothing illegal, nor is it a constructive dismissal for employers to offer this alternative.”

Change #2: Perception is EVERYTHING

“Companies involved in brand-damaging conduct, even off duty, will be quickly excised from their ranks by upset employers.”

Change #3: The war on political correctness will continue and get bloodier than ever

“There will be a concomitant reaction to excessive political correctness which has descended from our campuses to our workplaces. Many employees and employers are sick of the ideological straitjacket it has created and that movement will lose its present impact.”

Change #4: Work-at-home jobs will be easily disposed of and outsourced to the lowest bidder

“Employers who found little productivity loss due to work-from-home arrangements will seize that advantage and find the best worker for the lowest price, wherever they may be. Canadians’ jobs will be replaced by workers from lower wage environments. The remote-work lobby, not foreseeing any of this, will be in shambles.”

Change #5: Thanks to the COVID-19 vaccine, we can return to office cubicles

“Much will flow from that, including companies, less excited about the work-from-home arrangement than their staff, mandating a return to work…

…The law is that employers have the absolute right to require employees to return to the workplace, even if a particular employee could prove they were more productive remotely, and it is cause for discharge if the employee refuses.”

Change #6: You will have to make a choice between the COVID-19 vaccine and your future employment

“Employers with vulnerable populations, such as hospitals and long-term care homes, can require their employees to vaccinate, or be dismissed. But once public health authorities formally recommend vaccinations, companies with employees who have to work in close proximity to co-workers, customers or others can be required to vaccinate or be fired.”

Change #7: Employers will have to take care of workers with COVID-19, one way or the other

“As a matter of law, employees must be provided adequate time to recover [from COVID-19] and workplace support while they do. But the side effects are still uncertain, and may create considerable workplace conflict with dueling medical evidence, in the same way that mental health once did.”

I’m curious to know what YOU think about these seven predictions. Have they already come true, will they eventually come true, or is all of this fear-mongering?

Share your thoughts with us by replying to the newsletter!

Julian Assange Won’t Be Extradited to the United States, After All

Freedom fighters in America and all over the world rejoiced at the ONE piece of good news about Wikileaks founder Julian Assange released in ages:

“A British judge ruled on Monday that the WikiLeaks founder Julian Assange cannot be extradited to the United States to face trial on charges of violating the Espionage Act, saying he would be at extreme risk of suicide.

The decision in the high-profile case grants Mr. Assange a major victory against the US authorities who charged him over his role in obtaining and publishing secret military and diplomatic documents related to the wars in Iraq and Afghanistan.

…[the judge] she said there was evidence of a risk to Mr. Assange’s health if he were to face trial in the United States, noting that she found Mr. Assange’s risk of committing suicide, if an extradition order were to be made, to be substantial.”

What could this mean for a man who faces up to 175 years in prison for “17 counts of violating the Espionage Act”? Will he finally get his much-deserved freedom and be acknowledged as a true hero for helping the world become a much better place?

Better yet… will President Trump get off his ass and finally PARDON the poor man after all the hell he’s been put through? Especially considering many of the documents released by Wikileaks in 2016 were pivotal in helping him become POTUS?

Time will tell, but Trump’s running out of time to fulfill the one request his base of voters has been making for years…

The Hospitals Are Lying

Are you wondering whether the hospitals around the world are filled beyond maximum capacity or more dead than a ghost town? That’s what the rest of us at home would like to know. Unfortunately, one UK activist’s burning desire to answer this question truthfully has led to her arrest.

From The Daily Mail UK:

“An anti-lockdown protester and comrade of Jeremy Corbyn’s anti-vaxxer brother Piers has been arrested for filming inside a hospital and sharing footage on social media she claims shows the coronavirus pandemic is a ‘massive scam’.

Debbie Hicks wandered around Gloucester Royal Hospital on Monday saying it was ‘shut down’ and ‘dead’ and was arrested in her dressing gown by two officers who visited her home in Stroud 24 hours later.

In the eight-minute film, viewed by 158,000 people on Facebook, she says: ‘We’ve been put in Tier 3, for this? It’s a disgrace. I’ve seen less than 20 people. It’s completely dead in an empty hospital with wards shut down and the lights off.’”

It’s insane to think about… because whether Debbie is right or wrong, it is prohibited in the UK to film in a hospital without advance permission – regardless of whether you are a patient or a public citizen.

Which means you can’t even ASK the question or attempt to conjure up any legitimate evidence.

This might be funny for Americans to laugh at, but just remember this…

It can happen to the UK, and it can most certainly happen to you.

Can COVID-19 Vaccines Be “Tweaked” to Work Against New Mutations?

If this is the case, it would be yet another extraordinary accomplishment in the fields of science and medicine. Despite what appears to be the biggest roadblock for a multi-billion-dollar vaccine, it could be easily within a matter of days.

At least that’s what government scientists in the United Kingdom are claiming. They wouldn’t be exploring this route if a legitimate possibility of the new COVID-19 mutants making the vaccines less effective (or completely useless) did not exist.

Now, that’s just one part of the equation. Assuming the tweaks could be done in a few short days, you’d need to massively scale up production to produce more millions of the brand new COVID-19 vaccine doses. Of course, this will cost a ton of money and require further cooperation from shippers and distributors to transport the vaccines worldwide.

Not to mention the fact that you would be skipping all of the usual testing which goes behind re-proving the “vaccine variants” are both safe and effective, at least as much as the original vaccine.

If any of this sounds remotely suspicious to you, GOOD! It absolutely should. This is nothing more than mere conjecture and speculation, all covered up by blindly trusting in the now-damaged reputation of the authorities responsible for drafting and implementing health policies.

But I’m curious to know: Do YOU think it is possible the COVID-19 vaccines to be tweaked in just a few days to fight off new virus mutations, all while being as safe as effective? Reply to this newsletter and let us know where you stand!

If Your Kid Gets a Bad Grade at School, He Is Automatically a Criminal!

Bad grades in school happen. Sometimes we’re going through a phase where school isn’t the top priority, or maybe we didn’t study hard enough, or maybe the teacher grading our week is a complete assh*le who has it out for us.

But according to a new analysis from ZeroHedge, sheriffs in Florida are going to use those bad grades as evidence of “potential criminality” in young children:

“A recent report from the Tampa Bay Times shows just how determined the American police state is to guarantee an assembly line of otherwise entirely innocent people to continue this process. Police in Florida are targeting children in an attempt to label them as criminals at a young age — despite the children being entirely innocent.

The Pasco sheriff’s office has a secret list of students it believes could ‘fall into a life of crime’ based on ridiculous standards like their grades [along with attendance and behavior].

…the Pasco Sheriff’s Office uses data from the Pasco County Schools district and the state Department of Children and Families to compile this very list from middle and high schools who they think will turn out to be criminals.

According to the Tampa Bay Times, the sheriff’s office defended the tactics and said its data-sharing practices with the school district goes back 20 years and are intended to keeping school campuses safe. Only a juvenile intelligence analyst and the school resource officers have access to the information, it said.”

The worst part is that school officials were completely clueless about this surveillance activity. And naturally, this list is hidden, so no child – nor their parents – would ever know if they were added to this list.

China would be SO proud of us right now for taking after their “social credit score” system!

On the FIRST Working Day of 2021, Slack Has a Huge 3-Hour Server Crash!

Anybody who is working remotely right now, or has ever worked from home, has heard of the messaging platform known as Slack. Thanks to the COVID-19 pandemic keeping us at home, it has become a staple of communication for remaining in touch with co-workers during busy times.

Unfortunately, it was unusable for nearly 3 hours yesterday morning. From CNBC:

“A Slack outage Monday, the first workday of 2021, caused disruptions for remote workers who rely on the platform to message and video chat with colleagues.

…The outage began around 10am ET, but service started to resume about three hours later. Slack shares were down nearly 1% in afternoon trading.

During the outage, Slack’s status dashboard said there were problems with Messaging and Connections but did not say what caused the issues or when chat should return to normal.”

Hopefully, this type of event doesn’t happen again. If you’re working in a fast-paced environment with very tight deadlines, this is the worst possible thing to happen. At the very least, you need to have other communication platforms as “backups” in the case of a server crash.

Just a friendly tip for everyone reading this, as it looks like working at home will continue to become a central theme of 2021…

There’s another pandemic under our noses, and it kills 8.7m people a year |...

10 million snowblowers? Last-ditch ideas to save the Arctic ice

admin - October 20, 2020 0
Some of the solutions sound fantastical – but their proponents argue that there are precious few other optionsTime is running out for the Arctic....

admin - February 18, 2021 0
It was a memorable finale to a day out on the Atlantic: a four-metre whale calf gliding past the boat as the divers returned...

Grand Junction is ‘darn hard to get to’: ranchers split on public lands agency’s...

admin - December 11, 2020 0
The Bureau of Land Management is moving from Washington to Colorado – but some see it as an attempt to undermine the agencyIn November...
© Copyright www.thepoliticalplaybooks.com