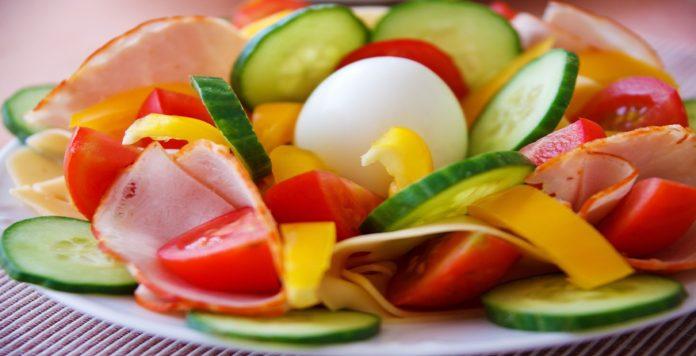 Sadly, it seems as if the Idiocracy movie released in the mid-2000s wasn’t mere comedy. Just like The Matrix, it may as well have been a prophetic documentary of what’s to come in the future.

John Mackey, the CEO of Whole Foods, was interviewed on the Freakonomics Radio show in early November. And when asked about his opinions on healthcare, he had the following to say:

Americans are not taking as good care of their own bodies as they ought to be. 71% of Americans are overweight and 42.5% are obese. Clearly, we’re making bad choices in the way we eat… It’s not a sustainable path. And so, I’m calling it out.”

In other words: If we take full responsibility for our lives and choose to live a healthier lifestyle where we eat better, exercise more, sleep better, and manage our stress levels, our reliance on expensive healthcare solutions suddenly disappears.

And to be clear, Mackey is not inherently against the idea of healthcare:

“[Mackey was] pointing to Singapore, where individuals pay for routine care and insurance is used for large costs, and Switzerland, where people buy insurance from private nonprofits.

But in America, we’re not looking for the win-win-win solutions. We’re looking for win-lose solutions — my way or the highway. And it’s created a lot of anger, a lot of disappointment, a lot of frustration.”

Sounds like common sense, right? Well, if you look at all the screeching harpies on Twitter, it’s clear that the message went WAY over their heads…

“Ah yes, eating a bunch of whole grains and fresh vegetables from Whole Foods will totally help me if I trip on the curb outside Whole Foods and sprain my ankle!”

“He’s right! When I broke my leg I wrapped it kale, f*ck hospitals!!!”

What a bunch of idiots. Either they’re deliberately misconstruing what the man is saying, or they really are that stupid and cannot comprehend the idea that healthy eating can do an awful lot for reducing – if not preventing – several comorbid diseases.

The lack of critical thinking in the world today is quite astonishing. It almost makes me wonder if the lockdowns were purposely engineered to dumb people down and turn them into highly emotional zombies.

But for you, the reader with a good head on their shoulders and enough brainpower to understand things such as context and nuance… stay healthy this year. We don’t know how long the world will remain locked down, but you can take better control of your body and your mind. Really, it’s the only thing that will keep you fully sane.

What do YOU think about John Mackey’s opinions on his solution for healthcare? Do you agree or disagree, and why? Reply to this newsletter and share your thoughts with us!

How Does the Flu Shot Compare to the COVID-19 Vaccines?

It’s still too early to call, but it is possible for us to make some observations about the side effect profile of the COVID-19 vaccine. Moreover, we can compare it to the common flu shot and see if it is safer and/or more effective.

This is precisely what independent journalist Alex Berenson did, and the end result was eye-opening. Here are the main excerpts from his Twitter thread that detailed his findings:

“Through Dec. 22, with fewer than 1 million doses of the #COVID vaccine given, @cdcgov’s vaccine injury reporting system received 307 reports of ER visits and 17 ‘life threatening’ events. Per dose, that’s roughly 50 times the rate of adverse events from the flu vaccine…”

“In 2019-2020, about 175 million flu vaccine doses were given. 1220 ER visits and 73 ‘life threatening’ events were reported. The data is on the CDC VAERS Website… the data is theoretically updated through Friday Jan. 1, which would be a much higher denominator.”

“Plus, the first COVID vaccine doses have mostly been given to healthy people in settings where problems can be quickly treated. These problems are occurring BEFORE the rollout to older, less healthy people – and before the 2nd dose, which is known to be far more dangerous…”

“…in general, though not always, clinical trials tend to UNDERSTATE real world problems and OVERSTATE efficacy, because any smart drug company will try to bias the trials in its favor.”

Imagine that. The COVID-19 vaccine might be effective, but it sure as hell isn’t as safe as we thought it was. Seems like there’s a growing difference between the data from Moderna and Pfizer, and the data generated by real-world use of the vaccines…

Are the World’s Expectations for the COVID-19 Vaccine Unrealistic?

It’s one thing to hope the COVID-19 vaccines will play a significant part in helping the world economy recover. But to put 100% of your hopes on them and nothing else is borderline stupid. Yet it’s exactly what the World Bank is doing, per The Financial Times:

“[They] forecast on Tuesday that world GDP would grow by 4% in 2021, a pace that would still leave economic activity 4.4% below its pre-pandemic path by 2022. But this assumes rapid progress with vaccination campaigns in advanced economies and in major emerging and developing countries, reaching widespread coverage by the second half of 2021.

This recovery could easily be derailed, the World Bank warned. If infections continue to rise and vaccine rollouts in major economies are slowed by logistical problems and people’s reluctance to be immunized, global GDP could expand by as little as 1.6% this year, it estimated.”

Of course, even with the vaccines fully distributed, the world will be expected to remain in lockdown for an indefinite period of time. This is quite a paradox, as statistician William M. Briggs warns that tighter lockdowns will only further propagate the spread of COVID-19:

“It’s clear that our 100% transmissible bug will spread much faster when people are forced to spend more time indoors with each other… If people were at liberty, and therefore more separated, the bug would still spread to everybody, but more slowly (the speed here is relative).

Lockdowns are merely forced gatherings…The venues they are allowed to venture to are restricted, and therefore concentrate contact, and they force people inside their homes where it’s obvious contact time increases. Lockdowns concentrate contact spaces and times.”

Too bad it only took us 10 months of shutting down businesses and filling the pockets of multi-national mega-corporations to realize this!

The REAL Importance of the Georgia Senate Elections

As you already know, yesterday was the start of an election in the state of Georgia for two Senate seats. From CNBC:

“Tuesday’s races pit Republican David Perdue, whose Senate term expired Sunday, against Democrat Jon Ossoff, and Republican Sen. Kelly Loeffler against Democrat Raphael Warnock. The election is critical since it will determine which party controls the Senate, and how easy it will be for President-elect Joe Biden to push through his policies.

…If both Democrats win, each party will have 50 Senate seats and Vice President-elect Kamala Harris would then act as tie-breaker in any vote.”

And according to the same article I just quoted, here are the direct implications of two Democrats gaining a seat in the Senate…

This is the LAST big thing in politics before what’s set to take place later today. The BIG DAY the world has been waiting for, and one where Trump supporters from all around the nation will assemble…

Businesses in Washington DC Are Boarding Up AGAIN

The headline is a mouthful, but it’s now or never for President Donald Trump. He’s told everyone that today will be one for the history books, numerous movements have pledged to protest in support of their president, and every media outlet in existence will be on the ground to report the news.

As The Daily Caller notes, businesses in Washington DC aren’t taking their chances:

“Washington DC boarded up businesses ahead of Wednesday’s demonstrations supporting President Donald Trump… various videos show people applying wood onto business buildings in the city before the rally, which are timed for Congress’ vote on certifying the 2020 presidential election results Wednesday.

…DC Mayor Muriel Bowser announced in a Monday press conference that she would deploy around 100 National Guard troops in the city. Bowser said the National Guard will not be armed, but are anticipated to assist the MPD in arresting those who are openly carrying firearms.”

It’s now or never. Either Trump retains the role of POTUS for a second term, Biden becomes your 46th POTUS, or neither candidate wins and some cataclysmic draw happens. But either way, it’s going to be a wild ride and you won’t want to miss a second of it!

What do YOU think will happen today? Reply to this newsletter and share your predictions with us!

Country diary: when life becomes a matter of eat or freeze

admin - June 9, 2020 0
The bosses of Unilever, HSBC and Royal Bank of Scotland are among 150 business, charity and trade body leaders urging Boris Johnson to put...

‘We need answers’: why are people living near Dutch goat farms getting sick?

admin - January 18, 2021 0
A decade after an outbreak of Q fever killed 95 people in the Netherlands, scientists fear the emergence of a new diseaseIn early 2008,...

A third of my country was just underwater. The world must act on climate...

admin - September 22, 2020 0
One-third of my country was underwater last month. The heaviest rains in almost a decade began and have still not abated. More than 1.5...

Transport after coronavirus: how will we fly, drive, commute and ride?

admin - May 8, 2020 0
Before the pandemic struck, Sara Blazey made the same three-hour commute to work, three days a week, for the better part of 12 years....

Falconers to be allowed to take wild peregrine chicks from nests

admin - April 17, 2020 0
Conservationists have condemned the decision to allow falconers to take wild peregrine falcon chicks from nests as "selfish" and "sending the wrong message". For the...
© Copyright www.thepoliticalplaybooks.com